A little girl on life support at Cook Children’s Hospital for more than a year now has a new doctor.

FORT WORTH, Texas - A little girl on life support at Cook Children’s Hospital for more than a year now has a new doctor.

For baby Tinslee's family, it is a sign of new hope for her survival.

A Michigan doctor would like to treat baby Tinslee Lewis, the little girl who’s been on life support at Cook Children’s Hospital for more than a year.

Court documents indicate Dr. Glenn Green of the University of Michigan, along with another physician from Galveston, would like to be granted access for medical procedures.

Kim Schwartz is with Texas Right to Life, an activist group that has supported Tinslee’s mom in her legal effort.

“This is such an encouraging development with Tinsley Lewis’ case,” she said. 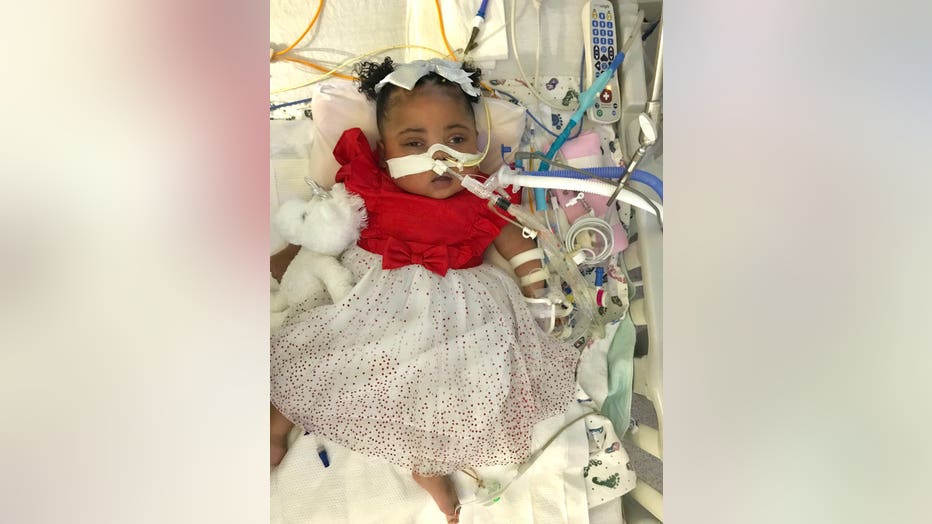 Attorneys for the mother, Trinity Lewis, filed an emergency plea Tuesday that says: “Trinity seeks to have Dr. Green perform a tracheostomy and evaluate Baby T.L. for a condition known as malacia which would explain what Defendant has referred to as ‘dying events.’ It can be treated, in part, by the tracheostomy as well.”

The hospital has refused to perform a tracheotomy noting, in its opinion, it would be medically futile.

Tinslee was born with a rare heart condition. Her doctors have said she will not improve. Cook Children’s Hospital has sought to have her removed from life support, and a lower court judge agreed.

Currently, a second appeal in the case is pending.

“Trinity has known all along that her baby is a fighter and, if given the chance can,” Schwartz said. “God can work miracles through baby Tinsley, so it’s encouraging and a great step to move forward.”