Many people in northeast Texas spent the weekend cleaning up after Friday's devastating tornadoes.

DALLAS - The severe weather that dumped rain across the Dallas-Fort Worth area Friday was also responsible for at least nine tornadoes in Texas. 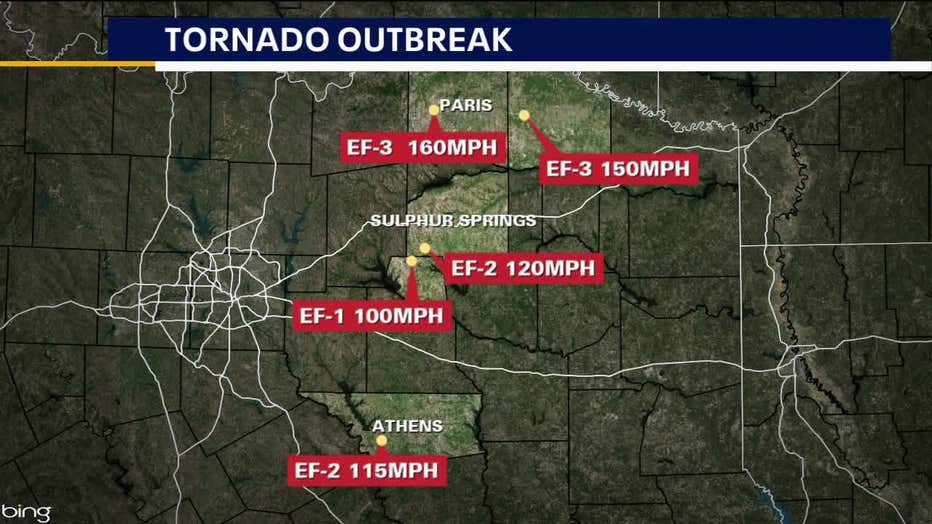 They determined at an EF-3 tornado with winds up to 160 miles per hour touched down in Powderly in Lamar County.

Officials said it destroyed a total of 32 homes and other structures. An additional 41 buildings suffered major damage. 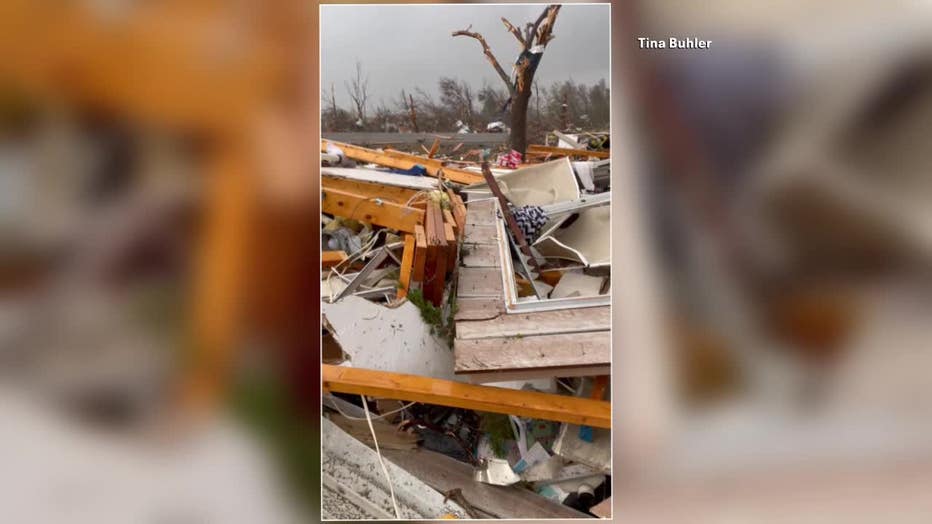 There were 13 people hospitalized with injuries in Lamar County. Fortunately, none of them had life-threatening injuries and at least eight have already been released from the hospital.

The NWS determined another EF-2 tornado hit the Henderson County city of Athens.

The stronger of two tornadoes that touched down in Hopkins County Friday was an EF-2 with winds as high as 120 miles per hour. The second EF-1 tornado hit the same area.

Several homes and properties in Sulfur Springs were damaged and many trees and power lines were knocked down. Thankfully, no one was hurt.

Officials said they had a good amount of advanced notice and were able to issue early warnings about the tornadoes. That helped ensure the outcome wasn’t much worse than it was.

The storms were blamed for at least two deaths outside of North Texas, though.