This animation shows a Sun-like star orbiting Gaia BH1, the closest black hole to Earth, located about 1600 light-years away. Observations by Gemini North, one of the twin telescopes of the International Gemini Observatory, operated by NSF’s NOIRLab, were crucial to constraining the orbital motion and hence masses of the two components in the binary system, allowing the team to identify the central body as a black hole roughly 10 times as massive as our Sun. (Credit: T. Müller [MPIA], PanSTARRS DR1 [K. C. Chambers et al. 2016], ESA/Gaia/DPAC).

Scientists reported Friday that this black hole is 10 times more massive than our sun. And it’s three times closer than the previous record-holder.

It was identified by observing the motion of its companion star, which orbits the black hole at about the same distance as Earth orbits the sun. 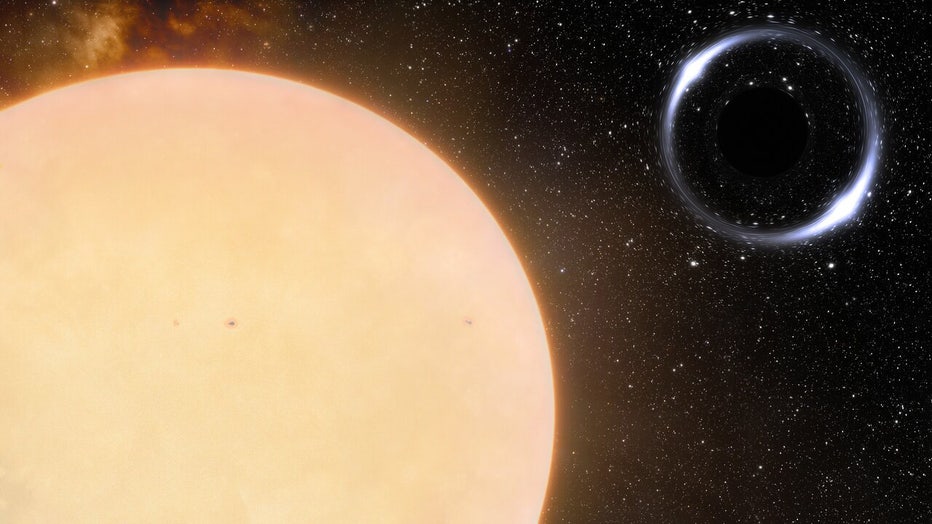 El-Badry and his team followed up with the International Gemini Observatory in Hawaii to confirm their findings, which were published in Monthly Notices of the Royal Astronomical Society.

The researchers are uncertain how the system formed in the Milky Way. Named Gaia BH1, it's located in the constellation Ophiuchus, the serpent-bearer.