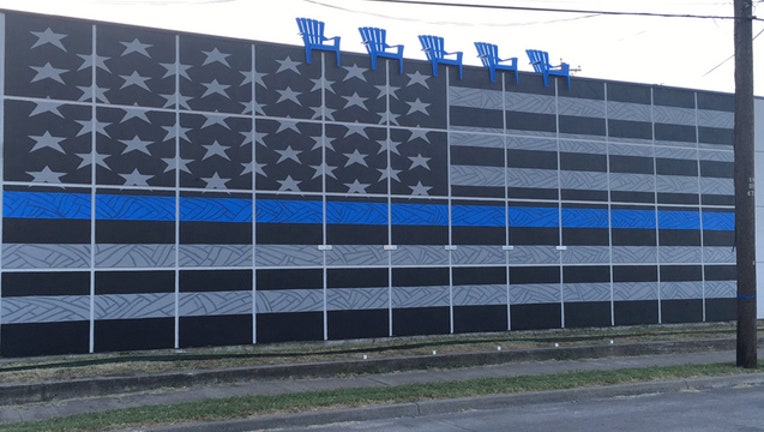 Artist Scott LoBaido created the mural called "The Thin Blue Line” that’s painted on a wall along a street near Fair Park. On top of the mural are five blue chairs that represent the five slain officers.

Five blue balloons were released to honor the officers at a ceremony on Sunday dedicating the mural.

The mural is located at 739 3rd Avenue near Interstate 30.