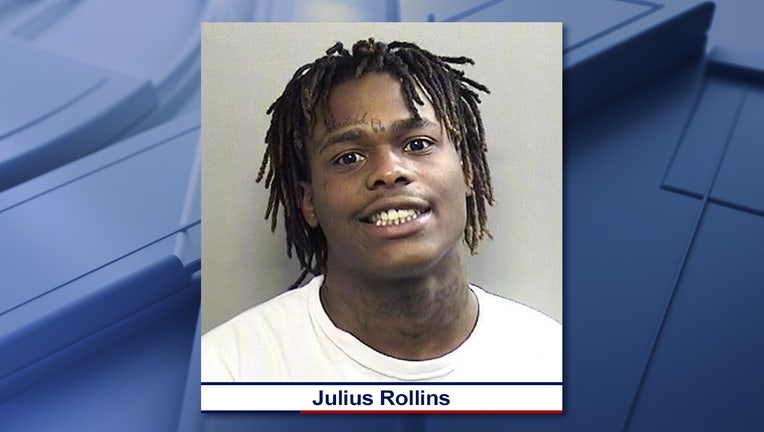 ARLINGTON, Texas - Arlington police arrested a 19-year-old earlier this week in connection to a double murder in January.

Julius Rollins has been charged with capital murder in the fatally shooting 21-year-old Martell Brown and 31-year-old Jy'Tavious Fields.

Investigators said the double murder happened in an apartment complex parking lot in the 2100 block of Cypress Club Drive, on the city's east side.

Although a motive remains unclear, police said Rollins is related to the victims.

He is being held in the Tarrant County jail.