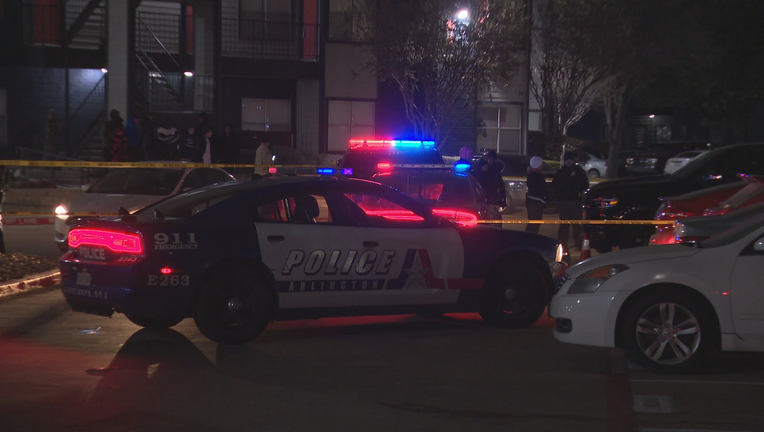 ARLINGTON, Texas - Arlington police are investigating after two people were found fatally shot in the parking lot of an apartment complex Friday night.

The shooting happened just before 8 p.m., in the 2100 block of Cypress Club Drive.

Someone called police and said they found two people unresponsive in the parking lot after hearing possible gunshots minutes earlier.

Responding officers found a 31-year-old man and a 21-year-old man with apparent gunshot wounds. Both were pronounced dead at the scene. The names of the victims have not yet been released.

Neither of the victims lived at the apartment complex. Police seized a vehicle that belonged to one of them as evidence.

No arrests have been made, but police are continuing to search for witnesses and surveillance video of the area.