DALLAS - Police arrested a suspect Monday in connection with the deadly shooting at a Fourth of July block party in Dallas.

Akil Anderson, 19, is now facing two capital murder charges for the July 4 shooting in Hamilton Park that left three people dead. He has a $750,000 bond and is being held in the Dallas County jail.

Nearby surveillance cameras caught the suspects right before the shooting and moments of the gunfire off in the distance.

Police said several people crouching behind vehicles opened fire on a red Chevrolet Camaro as it drove down the street. The arrest affidavit says Anderson, in surveillance video, "...is observed firing a rifle in the direction of the complainants as they were traveling"

Alvin Murray was found dead, slumped over the backseat of the red convertible Camaro. Hassan Blazer was driving the Camaro and he was found lying in the street at Towns and Bellafonte. Both men from Shreveport died from multiple gunshot wounds.

"At the conclusion of the shooting, detectives observed the suspect... place several firearms inside a white Jeep Grand Cherokee," the affidavit stated. Police say the Jeep is registered to Anderson.

Mi'Quarius Alexander, 19, was the third man to die in the flurry of bullets. But there is no mention in the documents of how Alexander was shot.

Police did not mention a motive for the attack in the affidavit for Anderson. 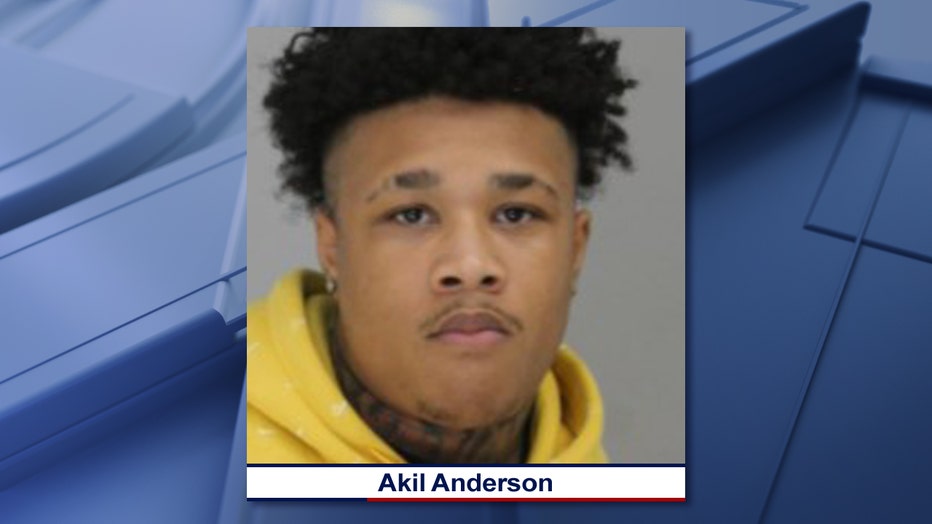 Police made the announcement of Anderson's arrest at a neighborhood meeting Monday addressing violence in the area. It was an open dialogue between community members and Dallas police officers.

Several community members were relieved to hear the news but said they're still concerned with the increase in gun violence in the area.

The Q&A discussion came one week after the ambush attack during a block party in Hamilton Park. Hamilton Park hosts the block party every year, but several members in the crowd said the crime is getting out of hand. 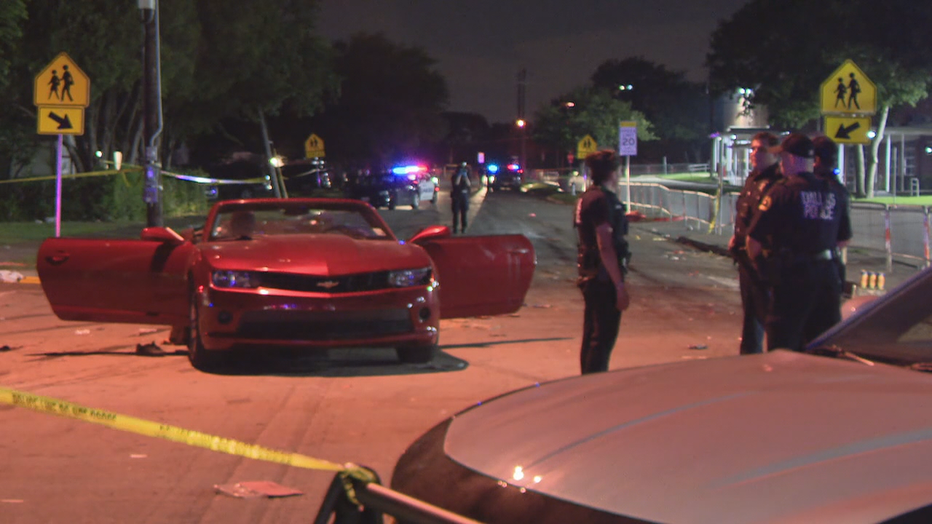 "I am 79, and I am very concerned about what is going on in the community," said resident Bettye Towns. "We hear so many things. We can’t stay on track about everything. We are having shootings like the one at Hamilton Park, and the elderly people are afraid. They don’t know what to do. So we are trying to get on even terms with the children and the elderly."

April Savala-Wallace grew up in the community. Now, she’s raising her daughter and is scared for her safety. She said she loves the history of Hamilton Park and the family environment, but right now she adds the community needs to target the next generation.

"We have to do something about the problem," she said. "And that is showing them a different way, not just saying let’s take away the guns or we need to call the police. We also need to open up avenues for the kids to have something to do and give them other options."

Police say there were seven or eight shooters involved and their investigation is still open. They’re still asking for people to come forward with any information.

Arrest made in connection to July Fourth Dallas shooting

Dallas police say they've arrested a suspect in connection with the deadly shooting at a Fourth of July block party in Dallas.