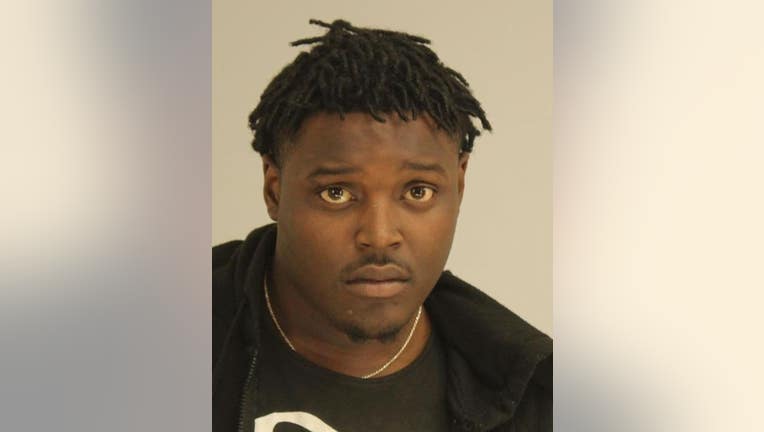 DALLAS - Dallas police have made an arrest after a vigil for one of the Greenville shooting victims ended with gunfire.

Dozens of people gathered Sunday night at a Dallas park in Pleasant Grove to remember Kevin Barry Jr. He was one of two people killed Saturday night when gunfire erupted at a college homecoming party in Greenville.

RELATED: Shots fired during vigil in Dallas for victim of homecoming party shooting near Greenville

Toward the end of the vigil, someone started firing in the vicinity of the crowd. Several witnesses said it sounded like rapid fire from a rifle.

No one was injured, but several vehicles — including those occupied by journalists there to cover the event — were hit by gunfire.

Someone opened fire at a vigil last night for one of the people killed at a weekend college party in Greenville. FOX 4's Shannon Murray explains.

Dallas police say witnesses pointed them to a car that was speeding away after the shooting. After a brief chase, officers arrested 21-year-old Patrick Lovely. He is charged with evading arrest and a weapons violation, but police are not sure if he was the actual shooter.

Investigators do not believe it was connected to the original Greenville shooting. Police arrested 23-year-old Brandon Gonzalez, of Greenville, for that shooting.