ARLINGTON, Texas - One week after announcing his retirement, Arlington’s police chief is talking about what’s next.

One week after a surprise announcement that he was retiring, Arlington's police chief is talking about what's next.

Chief Will Johnson will be leaving to become the police chief of BNSF Railway after seven years as the head of the Arlington Police Department.

Johnson spent 23 of his 26 years in law enforcement with APD.

He oversaw the department’s highs like national awards for community policing and its National Night Out two years ago.

He also navigated the department through several officer-involved shootings, some of which drew criticism and protests from civil rights groups.

Johnson said his officers and those around the country have been doing a much better job of understanding the communities they serve. 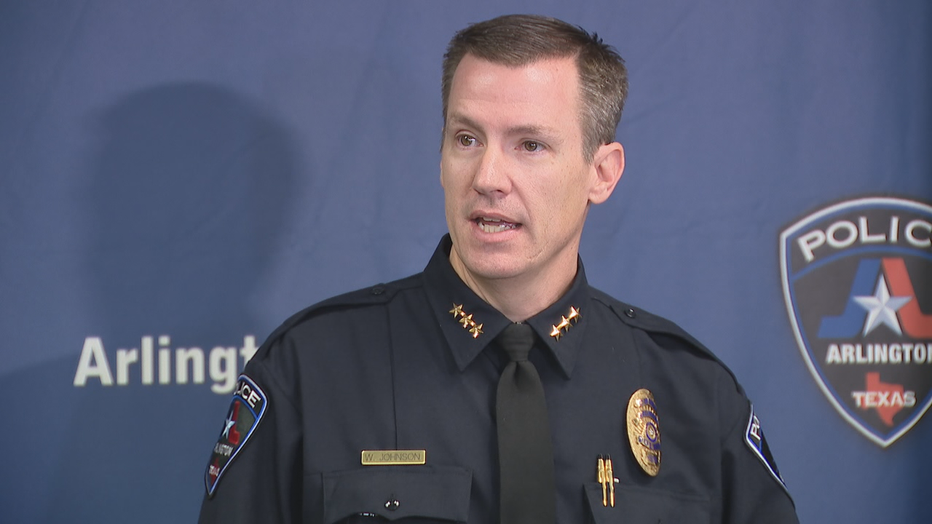 Through all the challenges, he said faith and family have always been his foundation.

"So as police chief, I represent all faiths, all people – those who believe in a higher being and those that don't. But that doesn't mean that I'm personally divorced from having faith myself. And so in my belief in Jesus Christ and just kind of the teachings of the bible, I really demonstrate that it's a privilege for me to be able to sit in this chair for the brief moment in history that I was able to occupy it. And I'm a steward of that trust from the community to be able to serve them,” he said.

Chief Johnson serves as vice president of the International Association of Chiefs of Police and will keep that position into his next job in Fort Worth. He leaves Arlington next month.

The city manager will soon name an interim chief and begin the search for a permanent replacement.