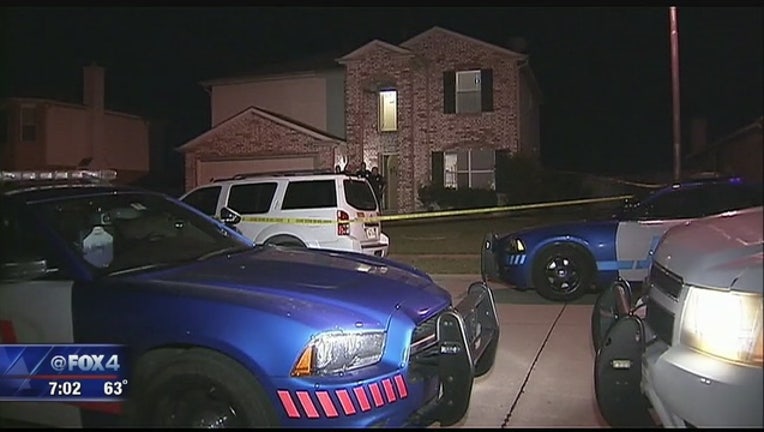 ARLINGTON, Texas - Police say a woman who shot and killed her fiancé in Arlington early Thursday morning was acting in self-defense.

The shooting happened around 3:30 a.m. Thursday on Cloyne Drive, which is in a neighborhood northwest of Timberview High School.

The woman called 911 and admitted she had shot her fiancé. Responding officers found the man dead inside the home, police said.

The woman was handcuffed and taken into custody but was released after detectives questioned both her and several children who were in the home at the time.

Police won't elaborate but said the woman who fired the gun had injuries consistent with signs of domestic abuse. They said it appeared to be a case of self-defense.

Police said there was a history of domestic violence and decided not to victimize the woman any further by arresting her.

Relatives say the couple lived in the house with three children and the man's nephew. He told relatives he heard one shot.

"They were very friendly. I mean, they would wave hi and strike up a conversation. I never would have imagined this,” said Luanne Humphreys, who lives nearby.

The case will be sent to the district attorney's office, and they'll decide if they'll take the case and send it to a grand jury.