The city of Arlington wants to make sure people filing complaints about fireworks this week don't call 911. So it launched a website that police and fire can use to respond to those calls instead.

ARLINGTON, Texas - The city of Arlington wants to make sure people filing complaints about fireworks this week don't call 911. So it launched a website that police and fire can use to respond to those calls instead.

Setting off fireworks within city limits is illegal in Arlington. Yet, the city still receives an average of 1,000 calls a day during the Fourth of July weekend, tying up emergency phone lines.

This year, they’re hoping their new website cuts that number down dramatically.

That time of year is here once again. But the Fourth of July seems to go hand in hand with a surge of complaints about illegal fireworks.

July 2020 broke the Arlington Fire Department’s record for the highest number of firework calls over the holiday weekend.

"Last year in one hour on July Fourth, we had over 500 in just one hour," explained Arlington Fire Lt. Richard Fegan.

One of the most active hotspots is Southeast Arlington.

This week, the Arlington Fire Department is launching a new website where locals can report illegal fireworks in their neighborhoods. That information is then sent electronically to the 911 dispatch center.

"Using this system will alleviate some of the overwhelming call volume on our 911 call system," Fegan said.

People can access the site from any city webpage by clicking the red banner at the top of the webpage. 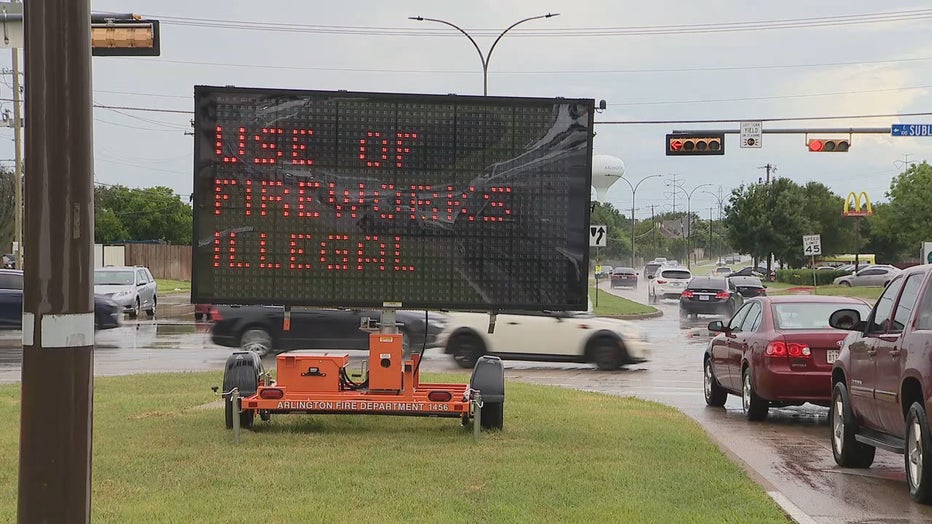 Arlington Fire and Police have also installed 12 digital signs around town warning against using illegal fireworks this weekend with a reminder that you could be fined up to $2,000 if you’re caught setting them off.

As an alternative to the website, Arlington residents can also call the non-emergency line. But the city still recommends calling 911 for medical emergencies, structure fires or gunfire.