While most North Texans were spared wintry precipitation Friday, it was still an absolutely miserable day to be outside. Just ask the soccer fans who still went out Friday afternoon to watch Arlington High School at Bowie High School.

ARLINGTON, Texas - While most North Texans were spared wintry precipitation Friday, it was still an absolutely miserable day to be outside.

Wind gusts were in the 20s and so were the wind chills.

While the metroplex didn’t see any ice or snow, it was still very cold.

Many school districts like Dallas ISD and Mesquite ISD canceled outdoor sports out of precaution.

Arlington ISD moved up the time for its outdoor events in order to avoid the worst of the cold.

"So hard to be there, but I love my son," said parent Itzel Orzco. "So I come in with a lot of love." 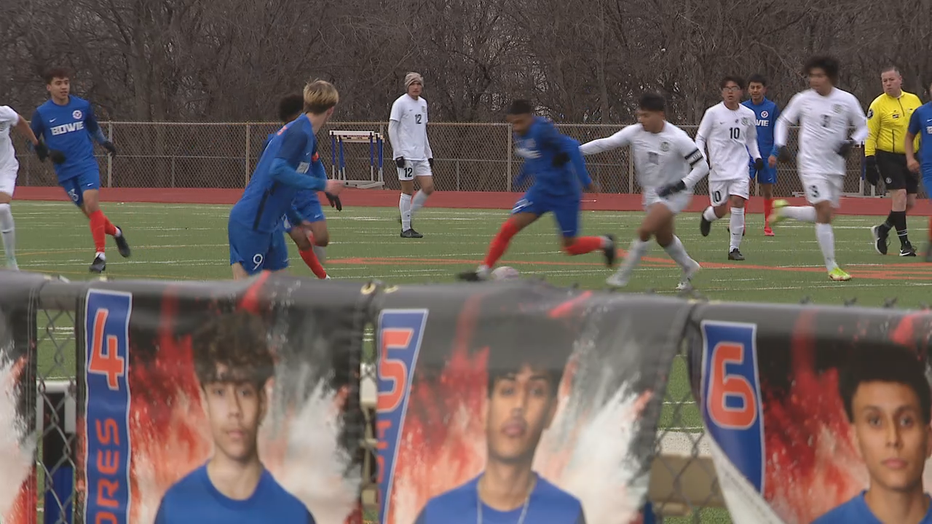 It was senior night for Bowie High School. The team played against Arlington High School at 4:30 p.m. It was originally scheduled for 7:30 p.m.

Parents and fans braved the cold to support their teams. Many came prepared.

Steven Johnny was a bit lucky working in the somewhat-heated concession stand.

"I could have wore some different shoes, but I was trying to get here," he said.

Flor Alegria is the wife of Bowie's head coach. She says this day was important, and she's happy it was able to be played before spring break.

"This is their last game, and they really wanted to play before spring break and before they know if they go into the playoffs," she said. "I’m glad its earlier in the night and not later."