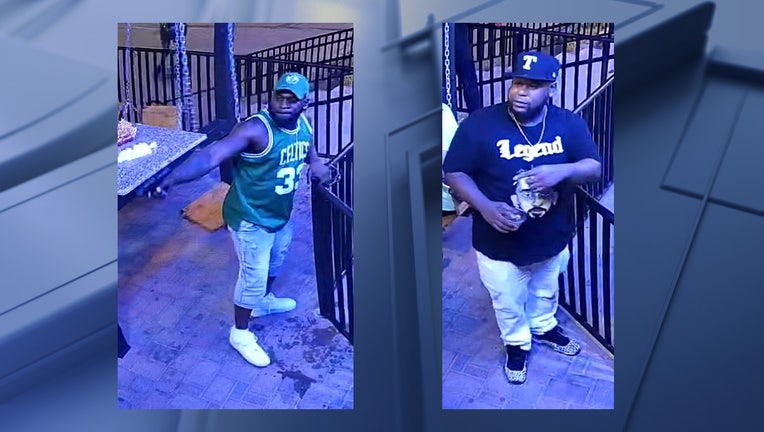 ARLINGTON, Texas - Arlington police are seeking help from the public to identify two suspects in a shooting over the weekend.

Surveillance photos were released of two men who got into an argument with security at JJ’s Corner Lounge. This happened just after midnight on Saturday.

The argument turned physical, when one of the men pulled out a gun and opened fire.

Three people were injured in the shooting.

The suspects fled before police arrived on scene.

Police also released a photo of two women who were seen arriving and leaving the bar with the suspects.