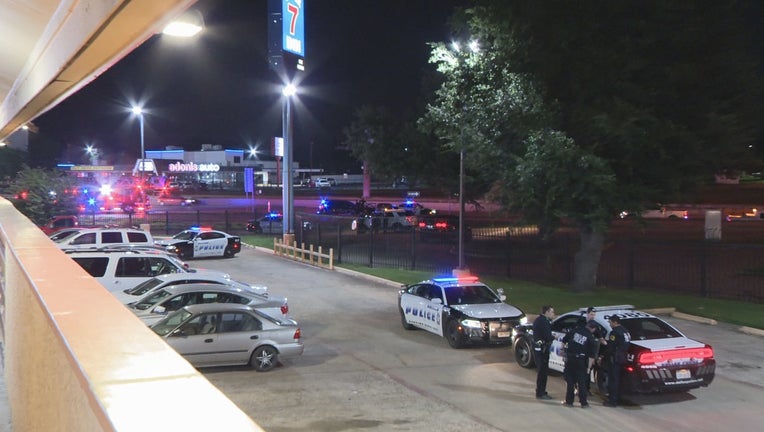 DALLAS - One person died and two others were wounded after an argument at a southeast Dallas motel.

Police believe it all started late Thursday night when a man and a woman got into an argument at the Super 7 Inn, which is near the RL Thornton Freeway and Jim Miller Road in Dallas.

The man reportedly asked the woman to leave. She did but later returned to the fight with friends.

The argument escalated and ended with the man firing shots at the group as they were driving away.

The gunfire hit and killed a 20-year-old woman. Her name has not yet been released.

The 26-year-old male shooter was arrested and now faces a murder charge.

Police said they recovered a handgun at the scene.