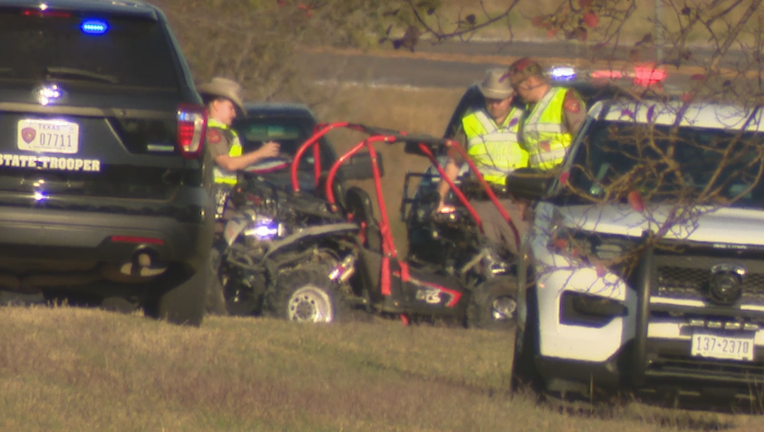 A second child has died after a crash between an SUV and a go-kart in Kaufman County Saturday afternoon.

According to a DPS spokesman, an SUV was southbound on FM2727 as a go-cart with six people aboard was on County Road 167. The College Mound Fire Department reported all six people in the go-kart were children, between the ages of 7-12.

PREVIOUS STORY: 1 child killed, 5 other kids injured after their go-kart was struck by an SUV in Kaufman County

The go-kart tried to cross FM2727, when it was struck by the SUV.

One child from the go-kart, a 7-year-old, was pronounced dead at the scene. Three of the other kids were airlifted from the scene, while the two others were taken by ambulance to an area hospital.

A second child from the go-kart, a 12-year-old, died at the hospital. The conditions of the other four children have not been released.

The driver of the SUV was not injured.

No charges have been filed, and the investigation into the crash is continuing.