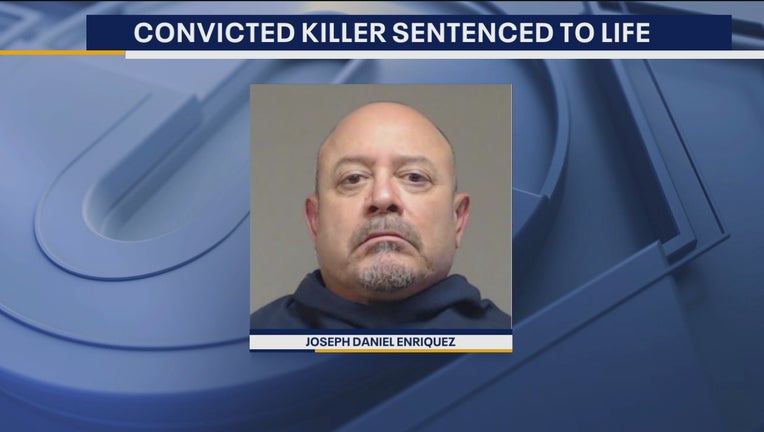 ANNA, Texas - A Collin County man was sentenced to life in prison for killing his wife.

Joseph Enriquez called 911 in March of last year saying he shot his wife. Police found her dead in a bathroom with a shotgun wound to her chest.

Enriquez told police he accidentally fired the gun at her while trying to put it away. Prosecutors said he later told a different story, saying the gun went off during a struggle after his wife learned he had an affair.

But during the trial, firearms experts testified that there is no possible way the shotgun could have just gone off without someone pulling the trigger. They also said Enriquez's wife was shot by someone standing at least nine to 12 feet away, not someone who was struggling with her in close contact.

"While the criminal justice system can never make a loved one’s family feel whole again, we hope that the jury’s maximum sentence brings at least some peace and solace to the victim’s family," Collin County District Attorney Greg Willis said after the sentencing.