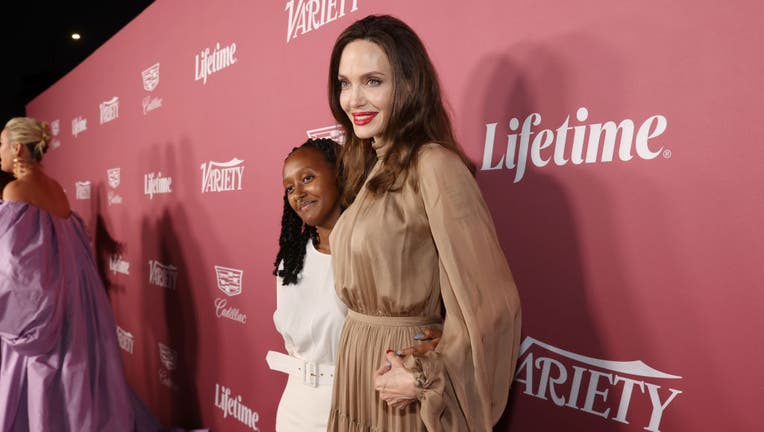 ATLANTA - Looks like Zahara Marley Jolie-Pitt is going to be Spelman girl!

The daughter of actors Angelina Jolie and Brad Pitt will attend Spelman College in Atlanta this fall, according to her mother.

"Zahara with her Spelman sisters!" Angelina posted on Instagram. "Congratulations to all new students starting this year. A very special place and an honor to have a family member as a new Spelman girl."

The actress was even seen taking part in the electric slide dance in a video posted on social media.

A Georgia teenager was accepted into more than 40 colleges and earned thousands in scholarship money. FOX’s Cheyanne Walker spoke to Kenyari Sawyer, who said her mother is her greatest inspiration to succeed.

Angelina and Pitt adopted Zahara, an Ethiopian baby orphaned by AIDS, in 2005. The couple filed for divorce in 2016 after 12 years together. Pitt cited "irreconcilable difference" in divorce papers filed in Los Angeles