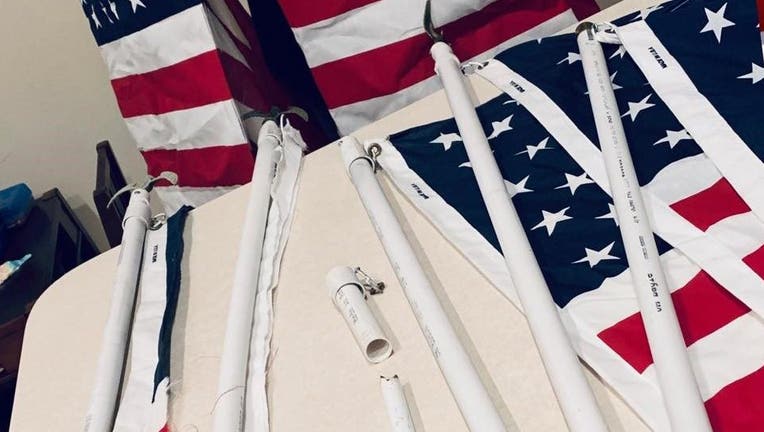 “Our post lines the street (with flags) for patriotic holidays,” said Shenna Lawless, Commander at Frisco Veterans of Foreign Wars Post No. 8273. “That flag is the symbolism of the country we fought for and it makes us pretty angry, to say the least.”

Frisco police confirmed they are investigating the vandalism but said they do not have any suspects yet.

The VFW post is reaching out to local businesses near Main Street and Carroll Court for surveillance footage to hopefully get answers.

Lawless said she wants to encourage those who vandalized to learn the meaning behind it.

“We may not understand as VFW why or the reason behind whoever did this but we’d love the opportunity to educate them and sit down and talk to them about it and try to understand,” she said.

Frisco VFW is focused on repairing the flags and in a Facebook post said they are not asking for donations but people can donate to their Flag Program at friscovfw.org/flag-programs.