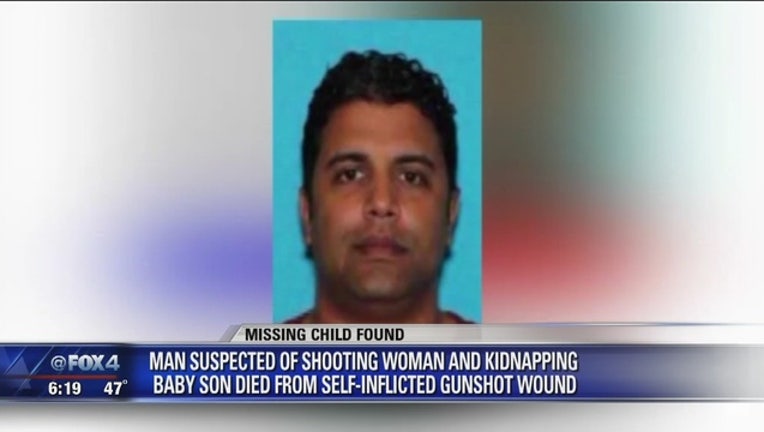 A man wanted for kidnapping a woman and her baby killed himself.

An Amber Alert was issued for little Aaron Joseph Concepcion. He was later found unharmed in Guadalupe County. He was in the back seat of pickup truck where his father committed suicide.

San Antonio police said the boy will be reunited with relatives.