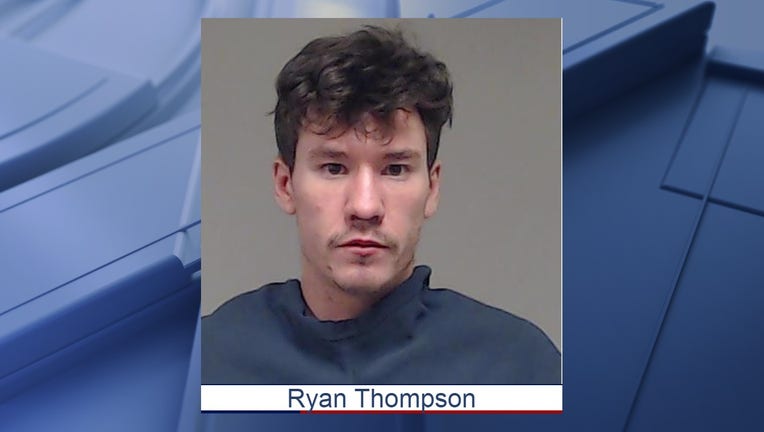 ALLEN, Texas - A 26-year-old man was arrested and charged with murder after police said he fatal shot a man during a drive-by Saturday night in Allen.

The homicide happened just before 8:30 p.m., in the 500 block of East Bethany Drive.

Responding officers found a vehicle that had a 32-year-old man dead in the driver seat. The victim’s name has not yet been released. A passenger in the vehicle was not injured and called 911.

Investigators found that drive-by shooting led to his death.

Witnesses helped police identify Ryan Thompson as the suspected shooter, and police were able to take him into custody.

Police said he tried to run from officers.

He was arrested on a murder charge and one count of evading officers.

The investigation is ongoing, as police work to determine a motive for the shooting.