ALLEN, Texas - A 3-year-old boy from Allen may be the high school football team’s biggest little fan. So it was only natural that the players, cheerleaders, and mascots helped him celebrate his birthday. 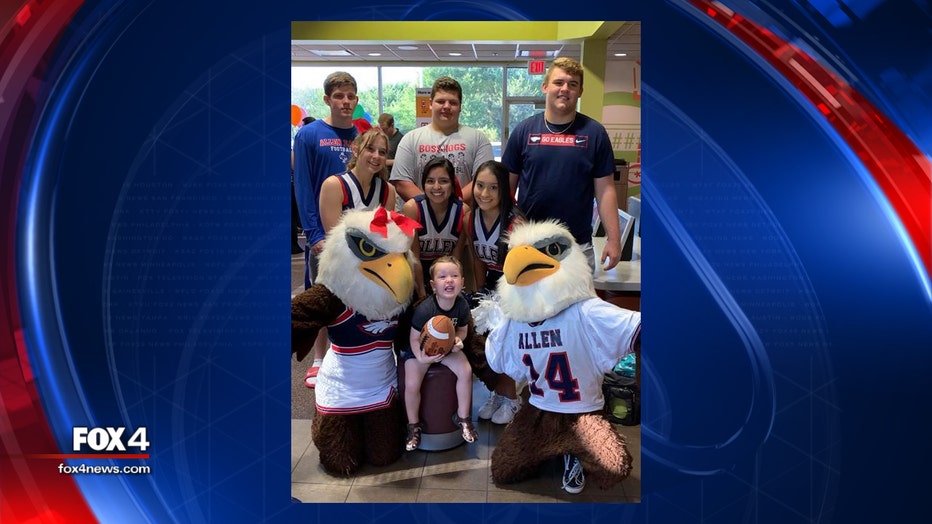 “Allen football is seriously his favorite thing right now! I’m not joking when I say we listen to the fight song like 100x a day!! He runs around throwing his football, yelling, 'Allen Eagles! Fight, fight fight!'” she wrote.

Garcia saw the invite. Her daughter was among the group of students who gave up their Saturday afternoon to surprise Caleb and sing the fight song with him.

The team members also gave him an autographed football, pompoms, and a stuffed mascot as a gift and memento.

“Our Eagles are THE BEST!! Thank you just doesn’t seem enough to say for ow happy you all made my little boy!! Thank you, parents, for raising some top-notch kiddos!! I have no clue how we will top Caleb’s 3rd birthday!!” his mom said after the party.