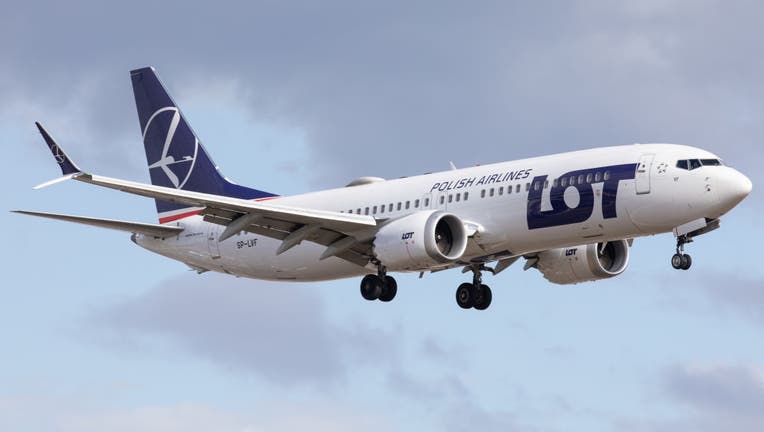 Port Authority Police responded to an incident aboard a flight arriving at John F. Kennedy Airport on Friday night when an individual had to be restrained after attacking the plane's cockpit.

Officials said a passenger onboard a flight traveling from Poland to JFK Airport went up to the cockpit door and started banging on it. The incident happened aboard LOT Polish Airlines flight #26 at around 8 p.m. Friday.

The Port Authority said passengers and flight crew members intervened, and the individual was restrained on the ground when police arrived.

A witness posted video of the incident on social media.

US BID TO KILL AMERICAN-JETBLUE PARTNERSHIP GOES TO JUDGE

"A man started yelling and tried to storm the cockpit of our LOT Polish flight just after landing in JFK. Crew acted quickly to tackle him and announced a 'seriously security incident; 15 mins later we are still taxiing," tweeted JT Genter, a freelance travel writer.

A flight attendant was struck during the scuffle. The victim's injuries are unknown.

Port Authority Police met the plane at Terminal 7, Gate 9, where a male suspect was taken into custody.

The suspect was transported to a local hospital for evaluation.

Officials said the suspect was referred to the FBI, which is weighing charges.

The FBI did not respond to a request for comment.

Read more of this story on FOX Business.