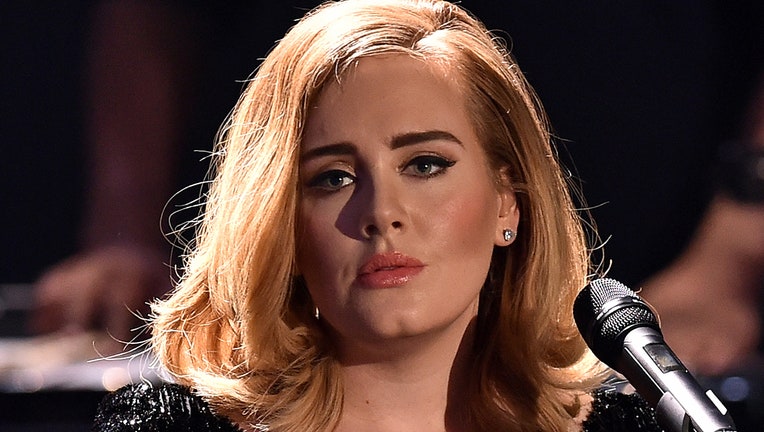 LAS VEGAS - Less than 24 hours after Adele’s Las Vegas residency was set to kick off, she announced it would be postponed indefinitely due to COVID-19 delays and increased cases among crew.

"I’m so sorry, but my show ain’t ready," Adele said in a tearful social media post. "We've tried absolutely everything that we can to put it together in time and for it to be good enough for you, but we've been absolutely destroyed by delivery delays and COVID."

The exclusive residency at the Colosseum of Las Vegas’ Caesars Palace was scheduled to begin Friday (Jan. 21).

"Half my crew, half my team has come down with COVID and still are, and it’s been impossible to finish the show, and I can’t give you what I have right now," Adele, 33, continued. "I’m gutted, I’m gutted, and I’m sorry it’s so last minute."

Decorated British singer Adele ignited a discussion about body image in her latest Instagram post, which shows off her body transformation.

The pop singer said the team is currently working to reschedule all residency dates.

"We’ve been awake for over 30 hours now trying to figure it out, and we’ve run out of time, and I’m upset and I’m really embarrassed, and I’m so sorry to everyone who traveled again," Adele added.

The residency called "Weekends With Adele" was scheduled to have the singer performing two shows each weekend through Sat April 16, 2022, for a total of 12 weeks.

The British superstar singer, released another hit "Easy On Me" in October, and the song and video were featured on her fourth album, "30," released Nov. 19. Music streamer Spotify took to Twitter to congratulate Adele for her single becoming its most-streamed song in a single day.

RELATED: Adele’s ‘Easy On Me’ becomes Spotify’s most-streamed song in a single day

"It’s been impossible. We’ve been up against so much and it just ain’t ready. I’m really sorry," she concluded.

This is a developing story. This story was reported from Los Angeles.