Addison Harmon has been at Dallas Children’s Hospital for eight weeks, and the 18-year-old continues to make strides in therapy.

DALLAS - A Prosper high school senior has spent the last couple of months in a hospital after doctors found a brain bleed.

He said he was at a friend’s house when he had a horrible headache, prompting his parents to take him to the hospital.

Addison Harmon has been at Dallas Children’s Hospital for eight weeks, and the 18-year-old continues to make strides in therapy.

His parents sleep at the hospital overnight, drive home to Prosper at 5 a.m., go to work, and then go back to the hospital at night.

They have adjusted their lives to make their son’s recovery the priority.

Chris and Tinika Harmon have always been there to cheer for their son on the hardwood.

The Prosper point guard was entering his senior year with potential college offers.

Instead, Addison has been at Dallas Children’s Hospital for the past two months.

"This 18-year-old that was driving, taking care of himself, and then all of a sudden, and it sounds bad now, but he’s disabled," Tinika said. 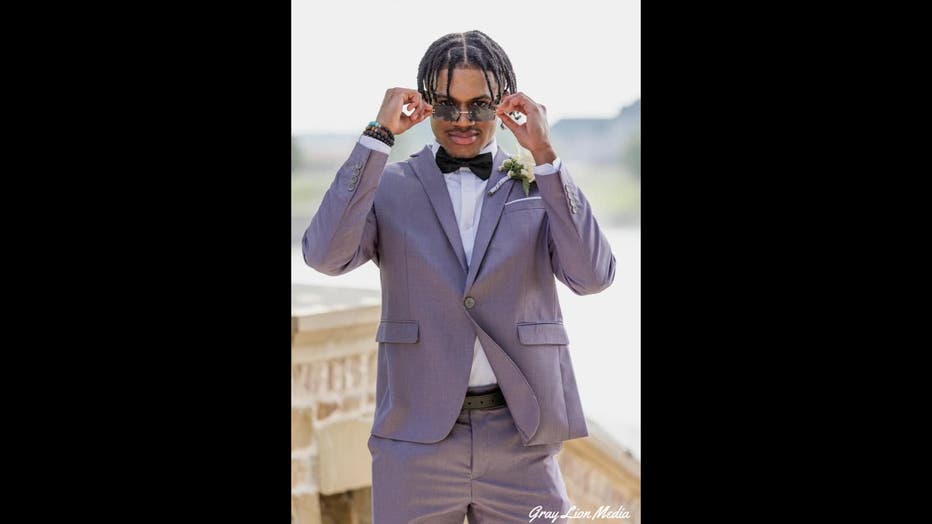 Back in August, Addison and his younger brother were at a friend’s house when Addison said he had an unbearable headache.

His parent’s rushed over, immediately taking the teen to an emergency room.

He needed to be transferred to Dallas, where he was sedated for the first week.

"They did all sorts of tests and they still don’t know what actually caused it," Chris recalled.

The Harmon’s still have questions, but they never once were worried about their son’s determination.

"He has been my inspiration. The way he gets up every day, he’s joking and smiling and happy to be here," Tinika said. "I just look at him and say, ‘Hey, I can’t complain about anything.’"

Addison’s parents said doctors are stunned with the strides in recovery.

By September, the senior was starting to move his fingers.

Now, four to five hours a day, Addison is focused on his therapy with his left side still weak.

The Harmon’s are ready to support their son’s dream.

They are also overwhelmed by the outside support from friends and the entire Prosper community, sending gratitude to the ones who help them stay strong.

"We say thank you all the time," Tinika said.

Addison’s parents said the next step is outpatient therapy.

They are still working to find a place and also transportation each day, but they are hoping he can leave Children’s Hospital by the end of next week.

A GoFundMe has been created to help them during this difficult time.