A bill aimed at restricting abortions cleared a major hurdle in the Texas House. The bill would significantly shorten the window during which a woman can have an abortion.

AUSTIN, Texas - A bill aimed at restricting abortions cleared a major hurdle in the Texas House.

The bill would significantly shorten the window during which a woman can have an abortion.

It would also allow virtually anyone to sue an abortion provider over a violation, even if they aren't connected to the people involved.

Final passage of the bill could come as soon as Thursday.

This legislation has already passed the Senate, and it’s nearing passage in the house.

Meanwhile, there are physicians warning that this broad expansion of lawsuits will create a chilling effect on reproductive healthcare in the state.

Activists have descended on the Texas Capitol, making their last pushes on Senate Bill 8, which expands restrictions on abortions.

"The people who are going to be devastatedly and dramatically impacted by this law if it passes are the women who cannot afford the privileges of leaving this state to get healthcare," former Democratic state senator Wendy Davis said.

"What this bill is about is protecting those babies, who a lot of times are just the innocent bystander, they haven't even lived life yet, so we want to give them that chance of life," said Mary Elizabeth Castle, with Texas Values.

The first major change in the bill applies to the timeframe in which a woman can have an abortion.

Most abortions are currently prohibited after 20 weeks in Texas.

SB 8 blocks abortions once a "fetal heartbeat" has been detected, which can be as early as six weeks.

That's before some women even know their pregnant.

And critics of so-called heartbeat bills, like the American College of Obstetricians and Gynecologists have stated "…what is interpreted as a heartbeat in these bills is actually electrically induced flickering of a portion of the fetal tissue that will become the heart as the embryo develops…" 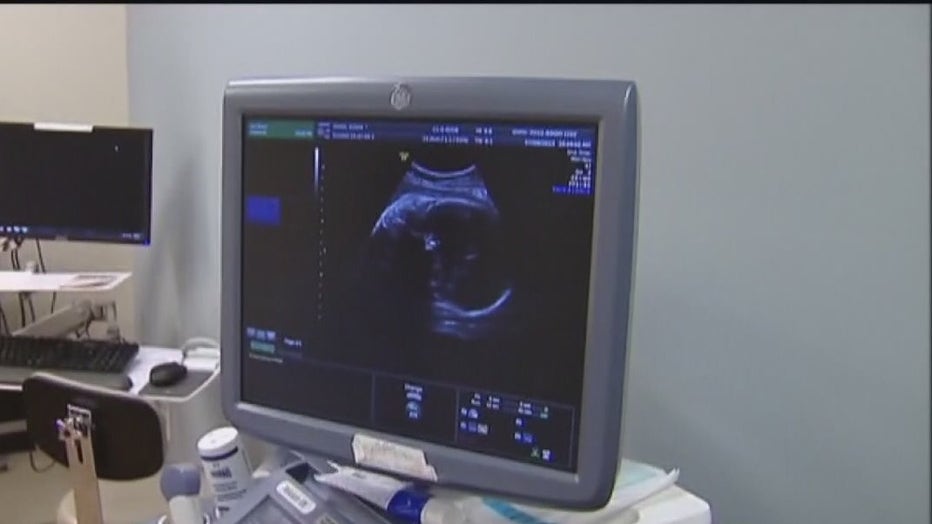 "The Doppler Fetal Monitor that has that kwoosh, woosh, woosh sound that you gave us a while ago, is not actually the sound of a heartbeat, but an amplified version of signals, did you know that?" asked State Rep. Donna Howard/(D) Austin.

As for enforcing the bill, it would rely on people filing civil lawsuits.

It allows anyone to sue a person who either performs an abortion or helps with an abortion that’s in violation of the bill’s provisions.

More than 200 physicians signed a letter warning that the bill would "create  a  chilling effect  that  might  prevent physicians from  providing  information  on  all pregnancy  options to  patients out of  fear  of  being  sued."

"This cause of action is designed to protect a heart, to protect an unborn child after the detection of a heartbeat," Rep. Slawson said.

Ultimately, the bill passed on second reading by a vote of 81-63.

It could be considered for final passage as soon as Thursday.

After that, it heads to the governor's desk.

When he signs it, there’s expected to be a flurry of legal challenges to follow.