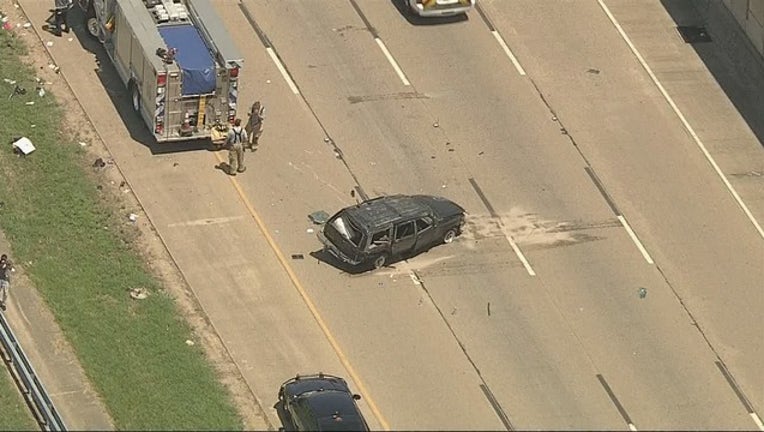 FORT WORTH, Texas - Several people were injured, including a teen and an infant, after a wreck on I-30 in Fort Worth.

The wreck happened Friday just after 2 p.m. on I-30 near Hulen Street. Authorities say an SUV was traveling westbound on the interstate when the driver lost control, flipped over the median, rolled several times and landed on the other side of the road. It caused several passengers to be thrown out.

Five adults, a teen and an infant were hurt in the wreck. They were taken to Cook Children's, Harris and JPS hospitals. At least three adults and the teen were said to be seriously hurt.

It's unclear if anyone was wearing a seatbelt.

I-30 is shut down in both directions as authorities continue to investigate and clear the scene.