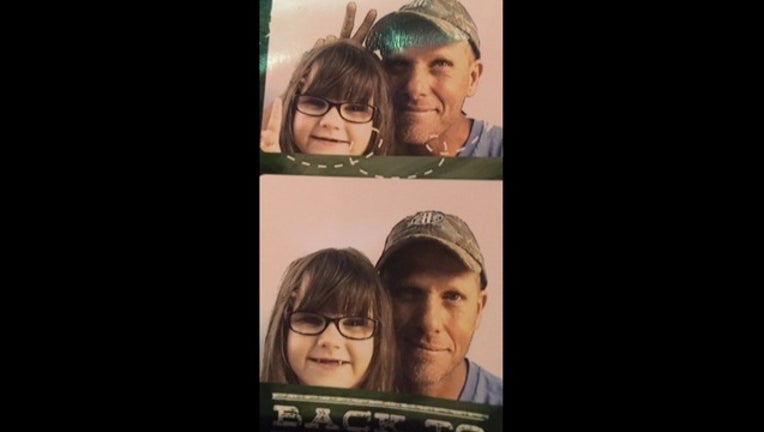 HOUSTON (FOX 26) - UPDATE (10/12/15 5:30 p.m.) : The Houston Regional Amber Alert for Alexis Johnson has been canceled. The child has been safely located and the suspect, Harvey Eugene York Jr., is in custody.

PREVIOUS REPORT: The Harris County Sheriff's Office has issued a Houston Regional Amber Alert for a missing six-year-old girl who was last seen at around 5 p.m. Sunday on South Main Street in the Highlands area, according to a flier that was distributed online. Alexis Lynn Johnson, who is also known by her nickname Lexi, is with her mother's ex-boyfriend Harvey Eugene York Jr. and he may driving to Louisiana with the six-year-old girl. York may be driving a blue 2000 Ford F-150 pickup truck with a silver stripe and Louisiana license plate number F163202, according to the alert.

After York, 40, had argued with Johnson's mother, he was told to leave the family's home and was seen driving away with the young girl inside the pickup truck. He is not the girl's father.

Johnson is described in the alert as standing at a height of 3-feet 7-inches tall, weighing 63 pounds with blue eyes and she wears eyeglasses.Anyone with information regarding the case is encouraged to immediately contact the Harris County Sheriff's Office by phone at 713-221-6000.