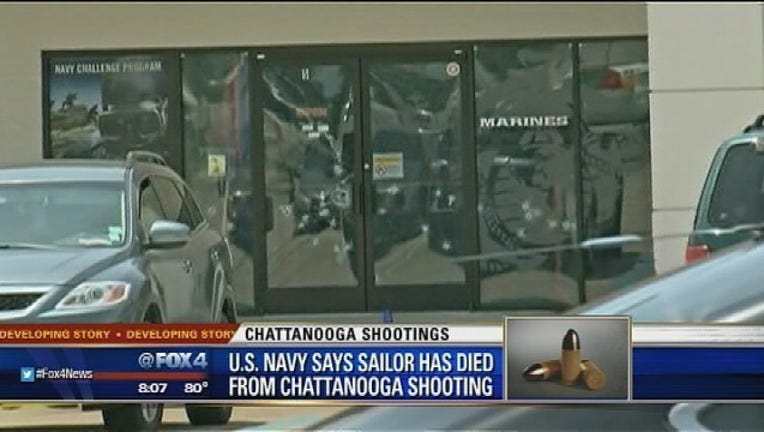 CHATTANOOGA, Tenn. (AP) -- The U.S. Navy says that the sailor who was shot earlier this week at a military support center in Chattanooga, Tennessee, has died.

The death was announced Saturday, two days after a shooting in Chattanooga killed four Marines and injured three others, including the sailor.

The Navy statement did not give the sailor's name. But he was earlier identified as Navy Petty Officer 2nd Class Randall Smith, a reservist serving on active duty in Chattanooga.

Authorities say Kuwait-born Muhammad Youssef Abdulazeez, 24, of Hixson, Tennessee, unleashed a barrage of fire at a recruiting center in Chattanooga, then drove several miles away to a Navy and Marine reserve center, where he shot and killed the Marines, and wounded the sailor. Abdulazeez was shot to death by police.