The mayor used the opportunity to address challenges the city is facing, which range from poor trash service to problems getting through to 911.

The mayor used the opportunity to address challenges the city is facing, which range from poor trash service to problems getting through to 911.

While mayors typically use their address at council inaugurations to pat themselves on the back for all they accomplished the past two years, Mayor Eric Johnson focused on many of the city's problems that need to be solved.

The Dallas City Council now has four new members as the city launches into what is hoped to be better days.

The mayor's agenda is to get back to the basics. He told the stories of Dallas residents who the city failed in different ways. The mayor started with one man's story about bulk trash pickup. 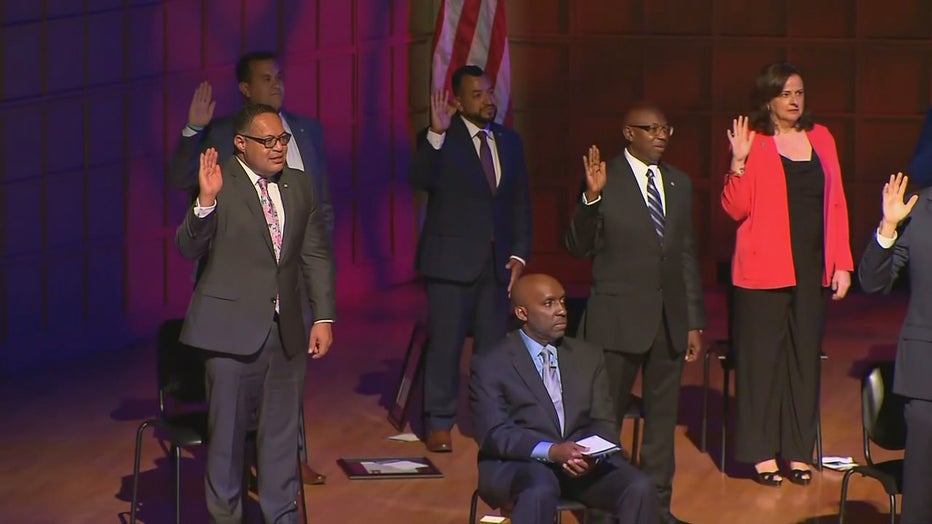 "In May, the service never seemed to come at all," Johnson said. "His old fans and furniture boxes sat drenched in the rain."

We saw the problem for ourselves in neighborhoods across the city.

Another invited guest can't open up his new restaurant because of city delays.

"A few months after he won his rezoning case, he's still trying to win his permits from the city," Johnson said.

The business owner wasn’t a rookie. He’s the president of the Greater Dallas Restaurant Association.

"He said it has become a running joke in his field that Dallas has gotten as bad as California," Johnson said.

And perhaps most concerning was a third story of a woman's trouble with 911.

"Her longtime husband, who is 91, collapsed and became unconscious in early May," Johnson said. "She dialed 911 but received a message that all the lines were busy."

The mayor said it took her and her adult son several minutes that felt like a lifetime to finally get through.

Dallas Fire-Rescue then quickly responded, and her husband survived.

"Her words: ‘no Dallas citizen should call 911 and be told that the line is busy,’" Johnson said.

In the end, the mayor called on the council to put aside political differences.

"Labels like progressive or conservative or moderate don't help us pick up bulk trash on time or answer the phone on the first ring when someone calls 911," he said.

The mayor also said his priorities are to remake Fair Park and Hensley Field and invest in Southern Dallas.