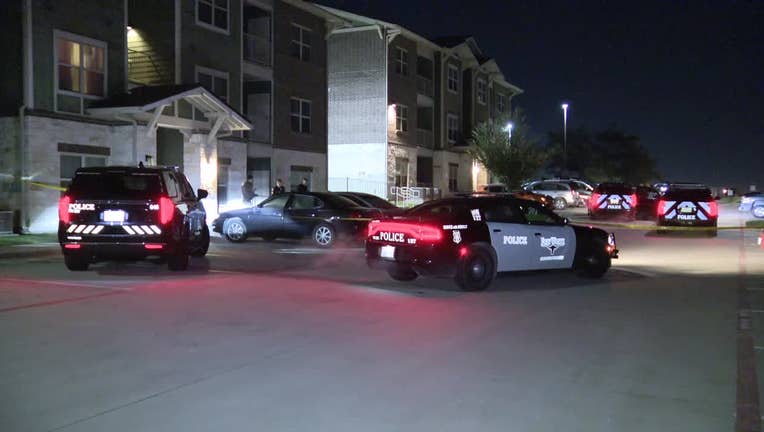 FORT WORTH, Texas - Fort Worth police are investigating a shooting Saturday night that injured four people, including one person who was hospitalized in critical condition.

The shooting happened just before 10 p.m., when police were called to an apartment complex at Northwest Centre Drive and Buda Lane.

One was taken to a hospital in critical condition, while police said the other three had non-life threatening injuries.

Investigators have identified suspects in this shooting, but their names have not yet been released because they haven’t been taken into custody at this time.

Police have not released further details about what led to this shooting as they continue their investigation.