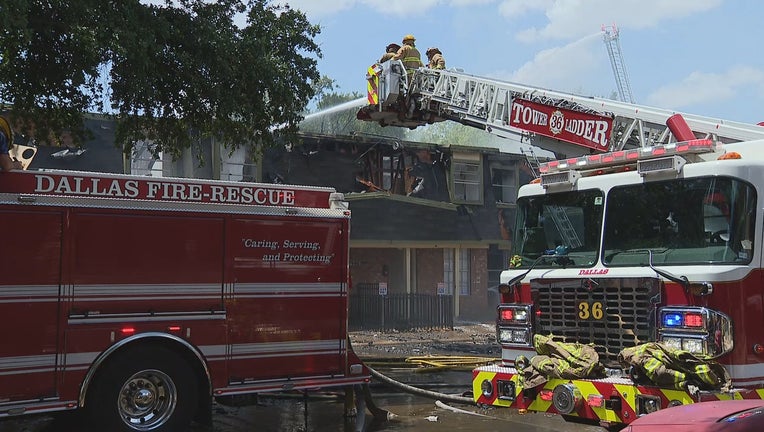 DALLAS - Firefighters were able to put out flames at a 4-alarm fire at an apartment building in Dallas.

Dallas Fire-Rescue crews were called out just after 12:30 p.m. Saturday for a fire in the 2900 block of Remond Drive.

Responding firefighters found fire coming from the front of an apartment building on the 1st and 2nd floors.

They were told three people were still inside. All three were able to make it out safely, but were taken to a hospital for evaluation.

Flames reached the attic space, but firefighters were able to put the flames out in about three hours.

Eight units were damaged by the fire and left uninhabitable. The American Red Cross is assisting the 27 residents and two dogs displaced by the fire.

The cause of the fire is not known at this time.