A wildfire in Tarrant County destroyed several homes Tuesday night. Fire officials say the drought is only causing these conditions to worsen.

FORT WORTH, Texas - A wildfire in Tarrant County destroyed several homes Tuesday night. Fire officials say the drought is only causing these conditions to worsen.

The day after a wind-whipped fire destroyed three homes and damaged several other structures in southern Tarrant County, Fire Marshal Randy Renois is evaluating and taking note of the pattern.

"About 15 to 18 acres burned if you put it all together, but it kind of jumped around," he said.

Renois also reiterates that extreme dry conditions mean no one is out of the woods, particularly in unincorporated areas.  The drought index is 725. The highest rating is 800. 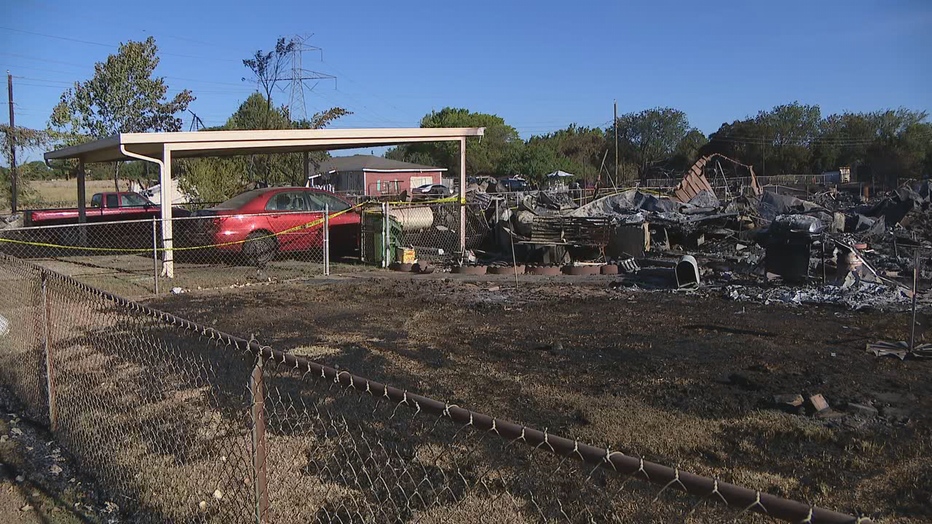 "I’ve seen it in that 700 range about three times in my 31 years with the county, so it’s severe. I live in an unincorporated area. I’m nervous," he said.

While the Red Cross is helping those who lost everything, the fire marshal says investigators have yet to fully interview the homeowner where the fire started.

They know it erupted in the kitchen area but the cause, initially said to be cooking, is unconfirmed. He says at least one person in the home is hearing impaired.

"Part of the problem was it went unnoticed for a while," he said. "And once it was noticed, it had a pretty good head start."

Renois is also calling attention to preventative measures that worked for some homes in the area that were threatened.

"They mowed the grass real, real short about 20 or 30 feet around. You can tell the fire burned across it, but it didn’t have enough high flame to infringe upon the house," he said.