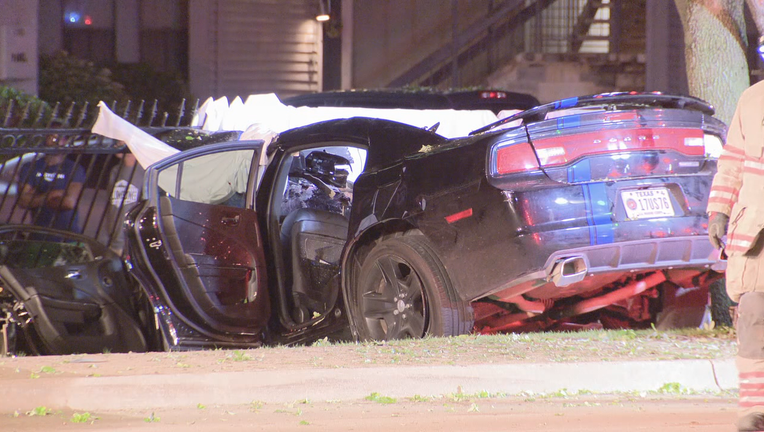 Investigators found that the vehicle involved was westbound on Rando Mill Rd., when the driver lost control.

The car went off the road over a curb, before hitting a tree on the north side of the road.

Police said there were four people in the car at the time of the crash, and the three passengers were pronounced dead at the scene. They have not yet been identified.

The driver, a 26-year-old man, was taken to a hospital with life threatening injuries. His condition is not known at this time.

Witnesses told police that the vehicle was speeding at the time of the crash.

Police said they have not ruled out that the driver was impaired, and are continuing to investigate.