Thefts of the expensive car parts are spiking across the country.

DENTON, Texas - Dameiun Harris, Latricia Murphy and a juvenile were all busted before dawn Thursday morning for charges of stealing catalytic converters.

Police say they were caught in the act at a hotel parking lot.

"We are working on more proactive enforcement of this," said Denton Police Spokesperson Amy Cunningham.

Investigators call attention to the traces of blood on one of the converters. They say it’s from an injury where Murphy cut her hand in a fast flurry to saw off a converter from underneath a vehicle.

Police say another telling factor of the group’s crime spree is how far they’d traveled to carry it out. 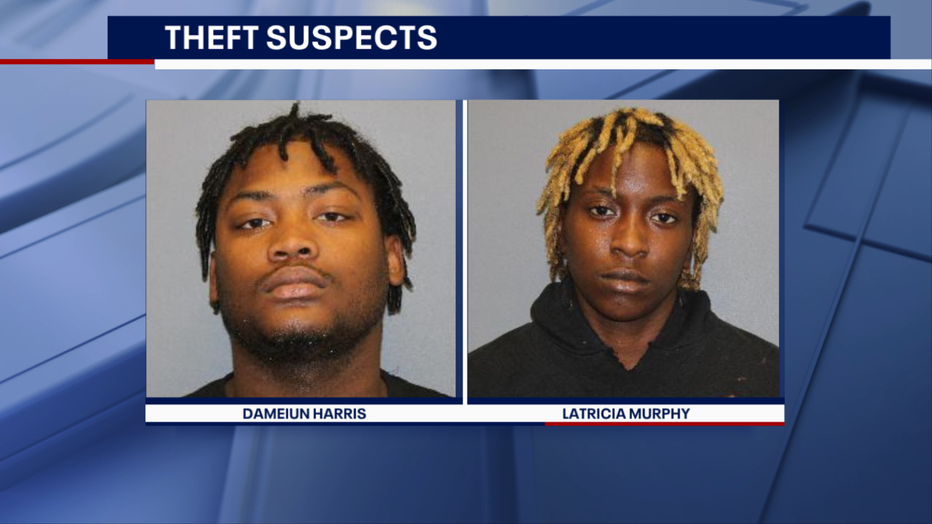 "These three suspects are all from Houston," Cunningham said. "Our detectives believe they drove up from Houston to Denton and possibly other places as well to conduct these thefts. They were caught with four catalytic converters."

"They came in, dropped the guy off and drove around. Just a circle," said Mallory Flake. "And by the time, he came back in the vehicle the other guy was done and they left."

"I was shocked," Hayden said. "I was like, ‘Did I do something to the car?’ I came back and turned it on ready to leave, and it just sounded loud."

Grapevine police are investigating and looking closely at surveillance video of the captured crime.

Police are now reminding people to report catalytic converter thefts even if it’s unclear exactly when it happened. They say the information can go a long way toward tracking trends and catching thieves in the act.

"In this case, our officers were in the areas of hotels because they know from data that hotels have been targeted," Cunningham said. "You have a wide open parking lot with all sorts of vehicles that are there."