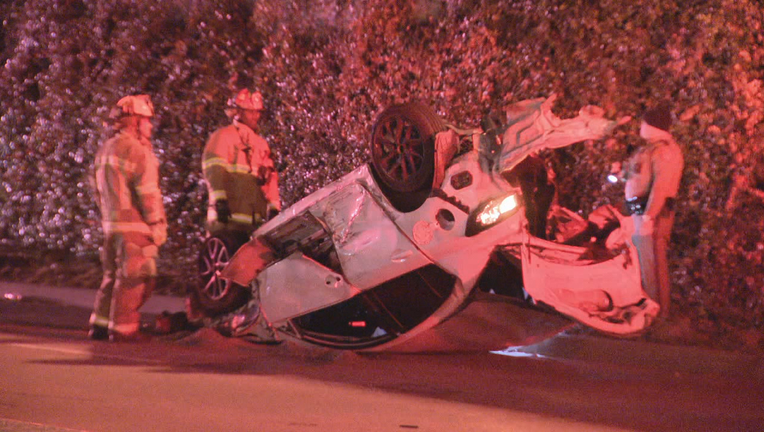 DALLAS - Two people are in serious condition at a hospital after a crash early Saturday morning that happened when a driver refused to pull over for a traffic stop on the Dallas North Tollway.

Just after 4 a.m., DPS troopers tried to pull a car over along the Dallas North Tollway for a traffic violation.

Troopers said the driver exited the tollway at Forest Lane, and drove south on Dallas Parkway.

The chase ended near the Galleria Dallas, when troopers said the driver drove through a red light, and crashed into a pickup truck.

The driver and a passenger of the fleeing vehicle were taken to a hospital in Dallas with serious injuries.

The pickup truck driver was treated at the scene for minor injuries.