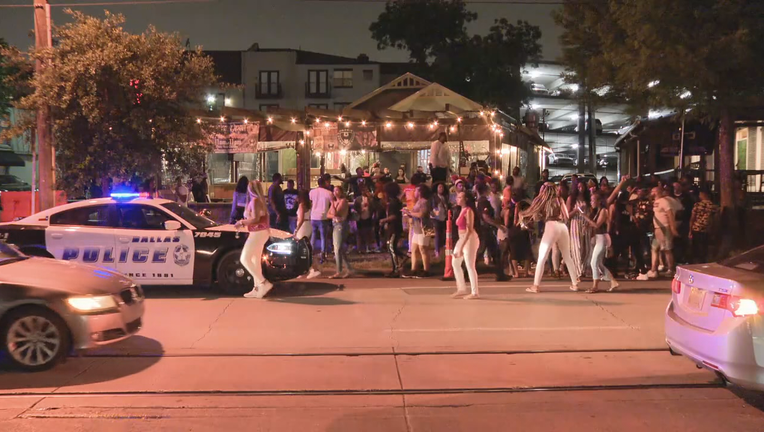 A bar in Fort Worth and restaurant in Dallas their alcohol permits suspended for failing to follow protocols aimed at slowing the spread of COVID-19.

Harris House of Heroes in Dallas and The New PR's in Fort Worth had their licenses suspended for 30 days as part of the Texas Alcoholic Beverage Commission's Operation Safe Open.

So far, the permits of 12 Texas bars have been suspended during the three nights of undercover investigations.

A spokesperson for The New PR's released the following statement: "Without opportunity to be heard, today PR’s Saloon permit was suspended predicated upon an alleged violation of the occupancy restrictions of Governor Abbott’s Executive Order No. GA-26.  But, this executive order is itself unconstitutional for violating the separation-of-powers doctrine.  Under the Texas Constitution, the Legislature – not Governor Abbott – has the exclusive authority to enact or suspend laws, even Governor Abbott calls the “law” an executive order.  Regardless, my client denies the allegation but is pleased to announce that last night’s event raised $7,000.00 for FWPD Officer Brazeal who recently sustained catastrophic injuries while in the line of duty."

An attorney for Harris House of Heroes also released a statement, that said, in part: "We are shocked and in disbelief that TABC would take such harsh corrective actions in suspending the sale of alcohol for 30-days.  My client has not had the opportunity to file a grievance nor have they had an opportunity to be heard from TABC state officials.  A 30-day suspension during a time when everyone is suffering through this pandemic is certainly unreasonable."

On Friday, Marty's Live on Maple Avenue in Oak Lawn had its license suspended.

If any bar is in violation a second time, they will receive a 60-day permit suspension.

The TABC said agents have inspected thousands of locations across the state and found most businesses were following the rules.

In May, a Dallas fire marshal shut down a crowded Harris House of Heroes after a disagreement over whether it should be classified as a bar or as a restaurant.