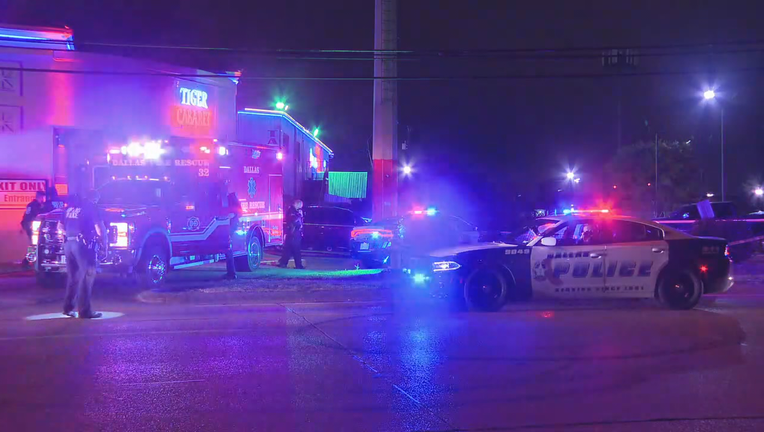 DALLAS - Two men, including a security officer, were shot outside a strip club in Far East Dallas overnight Thursday.

Police said someone in a black SUV drove by just after 4 a.m., and started shooting outside the Tiger Cabaret near I-30 and Buckner.

The security officer was hit in the foot and is expected to be okay.

The other man was more seriously injured. He was shot in the back. His condition is not known at this time.

No one has been arrested, and no further details have been released.