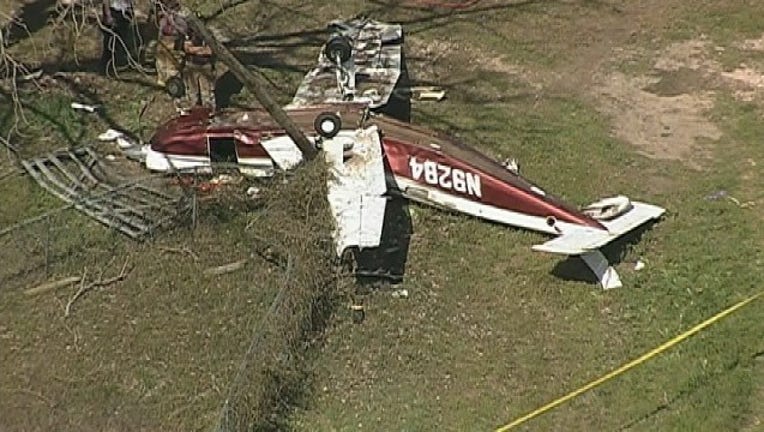 Two people were hurt Friday in a small plane crash just outside of Stephenville.

The pilot apparently tried to land on Highway 67, but couldn't because of the traffic. The plane ended up going into a ditch, hitting a tree and then flipping.

Rescuers pulled the pilot and his female passenger from the wreckage. They were taken to a Fort Worth hospital with serious, but non-life-threatening injuries.

Two dogs on board the airplane were also seriously injured.