A 60-year-old man and his two nephews were identified as the victims of a drowning on Lake Lavon in Collin County this weekend. The victims’ families say he was taking his son and two nephews out to fish on Father’s Day weekend. The son was the only one to survive.

LUCAS, Texas - A 60-year-old man and his two nephews were identified as the victims of a drowning on Lake Lavon in Collin County this weekend.

It happened Saturday night near Brockdale Park at Lake Lavon, which is about 40 miles northwest of Dallas.

The family from Plano was out fishing on the lake when a storm fired up right on top of them.

None of the four men on the boat wore a life vest. Only one survived.

Another family on the lake did wear their life vests. They made it safely back to shore.

Michael Decker doesn’t usually drive his inflatable boat long distances. But Saturday night on the hour-long ride back home from dinner at The Boathouse on Lavon, a life threatening storm struck.

"Next thing you know, we are in full blown what felt like a tornado," he said.

Decker, his wife, his teenage daughter and her boyfriend were quickly surrounded by lightning, hail, high winds and three-and-a-half foot waves. Thankfully, all of them had life jackets on.

"They have ropes here they held onto," he said.

The boat -was moving at a speed of six miles per hour.

"There was a moment there where I wasn’t calm," he recalled. "I was thinking to myself but I wasn’t telling them, ‘This is a dangerous situation we are in right now.’"

Decker’s family finally made it home. But his worry when he stepped onto the shore turned to who else was still stuck on the lake.

It’s the same storm that four men from the same family were caught in while out fishing. Three of them didn’t make it out alive. 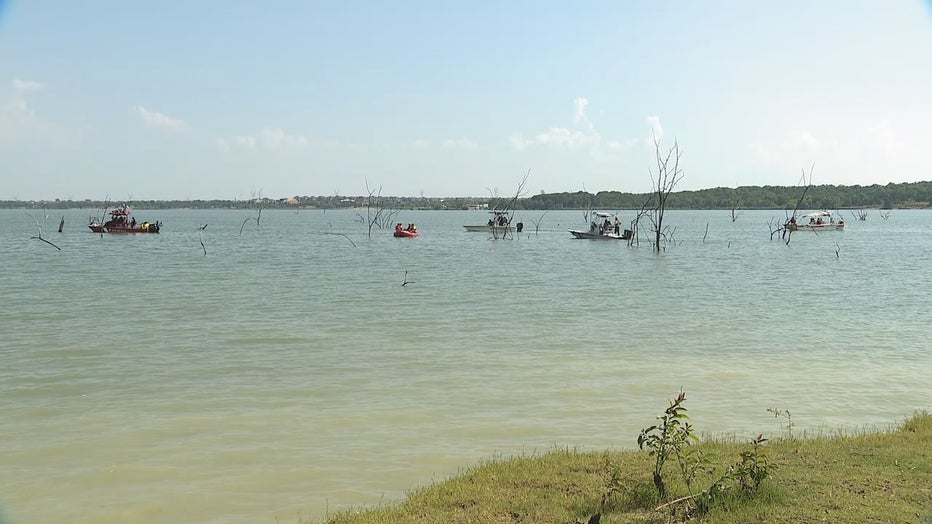 Investigators say their small boat overturned, and no one was wearing life jackets. Only one man survived by clinging to a tree and calling 911.

"It’s one of those storms of a lifetime you don’t want to be in," Decker said.

Decker can’t help but think back to the most dangerous 30 minutes of his life, thinking of a nearby family now grieving.

"We pray for that family those families that lost those individuals," he said.

One nearby neighbor also described the storm. 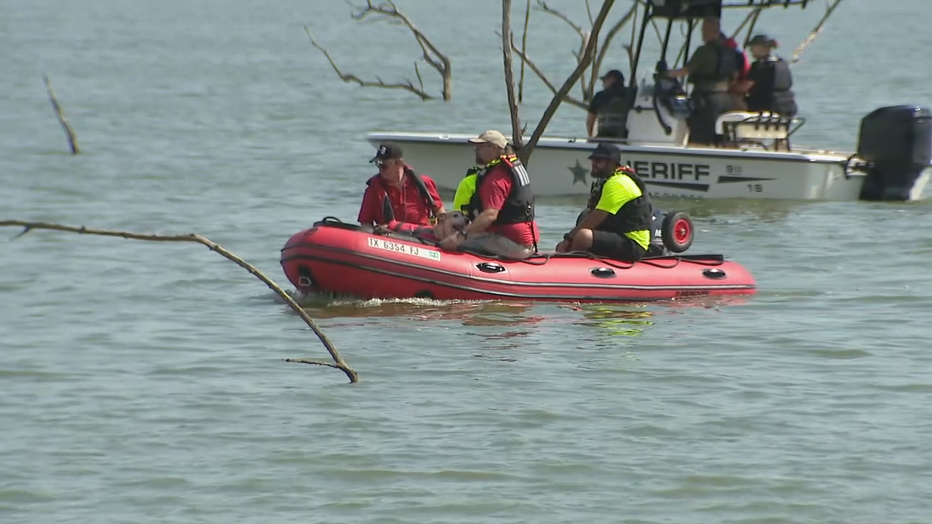 "I was sitting out on my backyard facing east around 8:45 p.m. and saw the most incredible display of lightning pop up and disappeared just as quickly," said Brad King, who lives in Lucas.

The victims’ families said Dominguez was taking his son and two nephews out to fish on Father’s Day weekend. The son was the only one to survive.