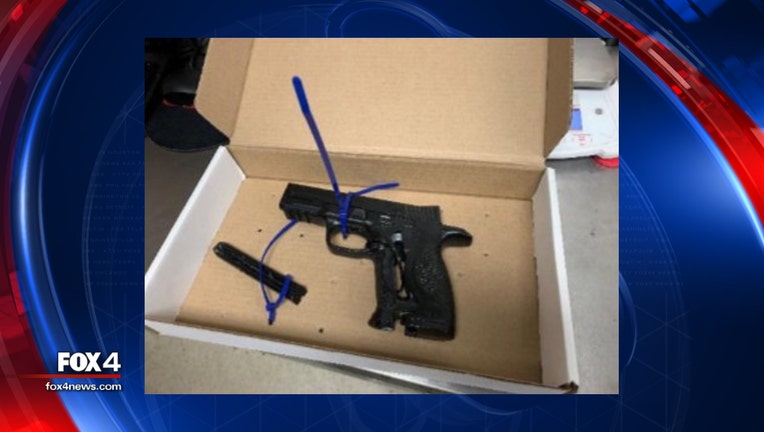 CARROLLTON, Texas - Two seventh graders in Carrollton have been charged with felonies after police say they displayed pellet guns that looked like real guns at their school.

The students, who are not being identified, were found to be "displaying" the guns, and are charged with a third-degree felony for violating the Texas Education Code of "exhibition, use, or threat of exhibition or use of firearms."

During their investigation, police found that others knew about the pellet guns, but didn't report them. They are reminding everyone to report suspicious activity, and for parents to talk with their kids about these types of realistic fake guns.