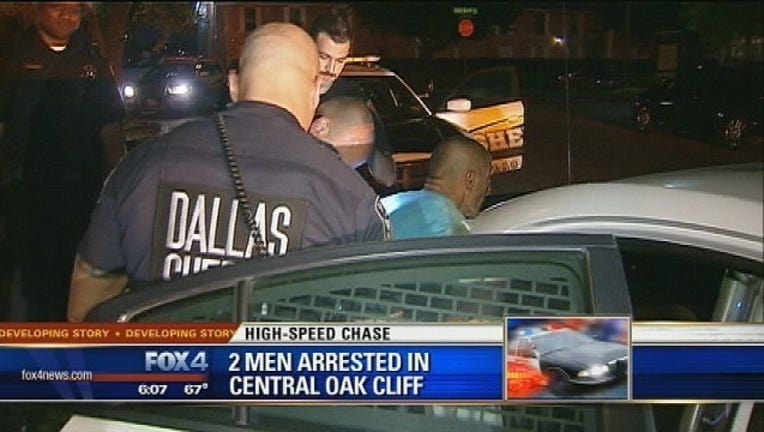 The deputies spotted a pickup truck driving slowly along Interstate 20 around 1 a.m. Tuesday

It came back as stolen so they tried to pull it over.

The driver took off and both men jumped out when they hit a dead end road.

Deputies searched for them on foot and found them hiding in the bushes.

They face charges for auto theft and evading arrest.

The Dallas Police Department's helicopter helped with the search.