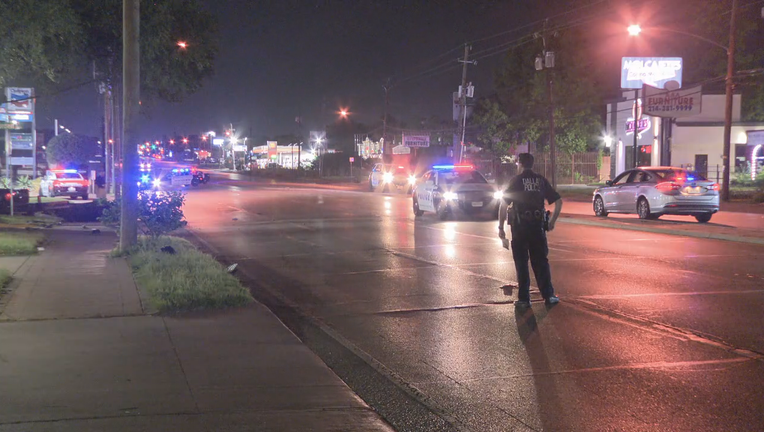 DALLAS - Police said an intoxicated 19-year-old caused a crash in Dallas Saturday night that resulted in the death of an elderly man in a wheelchair who was trying to cross the street.

The crash happened at 10 p.m., at the intersection of Buckner Boulevard and Cordell Drive in Pleasant

According to Dallas PD, 19-year-old Juan Segura-Mendez was speeding in a Dodge pickup on Buckner Blvd., when he hit the back of a Chevrolet Silverado that was towing an empty trailer.

As this was happening, an elderly man in a motorized wheelchair was crossing the street at Cordell Dr.

The crash sent the trailer into the man in the wheelchair. He was taken to a hospital, where he was pronounced dead.

Segura-Mendez was arrested and charged with intoxication manslaughter.