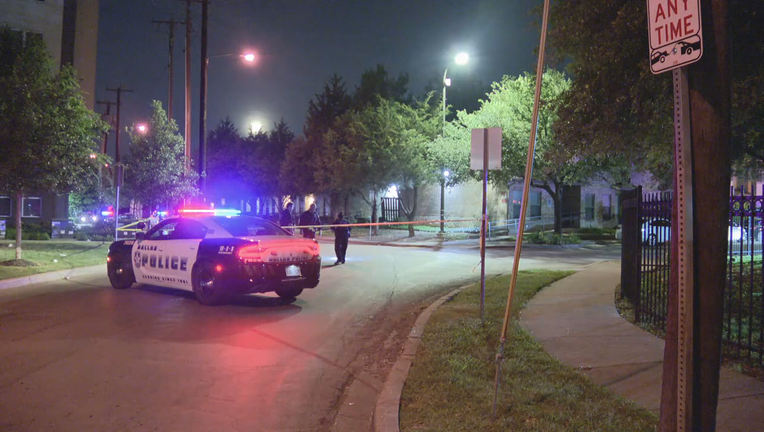 The person who called 911 said a gray Nissan Maxima was seen shooting as it drove through the area.

No one inside was injured by the gunfire, but two men who were standing outside were struck.

One man was taken to a hospital, where he was later pronounced dead. The other victim had non-life threatening injures, police said.

Police are working to identify the shooter, but no further details have been released at this time.