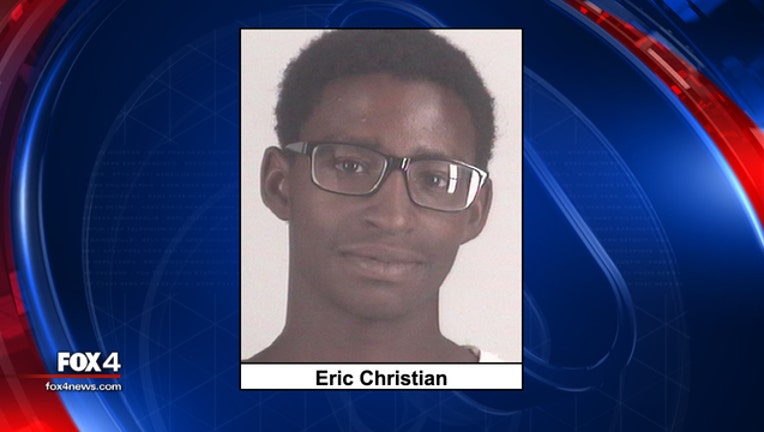 FORT WORTH, Texas - Police have released the mugshot of the man they say is responsible for dozens of burglaries in Fort Worth.

Eric Christian was allegedly caught on home surveillance cameras rummaging through vehicles and sometimes pointing a gun at people nearby.

The 19-year-old reportedly confessed to at least 30 break-ins in Fort Worth, including several in the Ryan Place area.

Tips from the public helped police identify and find Christian.

He was booked into the Tarrant County jail and also faces a weapons charge. His bond was set at $2,500.