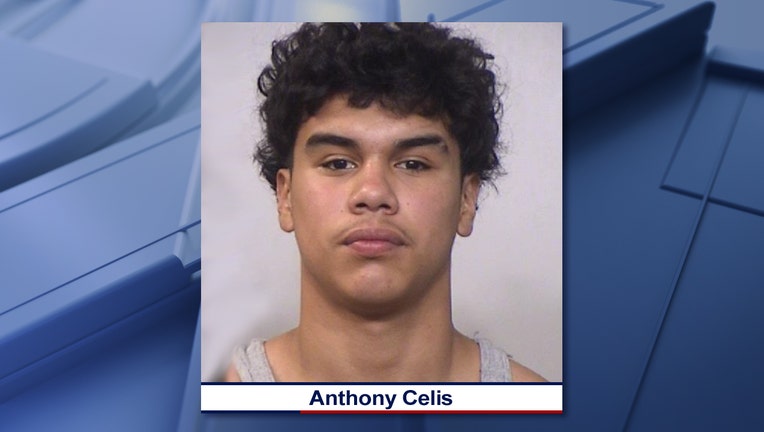 IRVING, Texas - A teenager is charged with capital murder for killing another boy.

Irving police said 17-year-old Lucio Anthony Celis was seen on surveillance video with a handgun in the parking lot of an apartment complex on Story Road.

The video allegedly shows Celis get into a car where the 16-year-old victim was found shot to death on Friday. The victim’s name has not yet been released.

Police said there were at least two other people seen on the surveillance video who are wanted for the murder.

Anyone with information is asked to call 972-273-1010 or email ipdcrimetips@cityofirving.org.

Celis’ bond was set at $1 million.