The driver is cooperating with police and told officers that he swerved to avoid a car that stopped suddenly in front of him.

CARROLLTON, Texas - A boy walking in Carrollton was killed when he was hit by van on Monday afternoon.

Carrollton police said Victor Garcia, 12, died after a red van hit him as he walked near S. Josey Lane just before 1 p.m. He was walking with his mother and another child.

Police say the driver of the van swerved to avoid another car on Josey Lane. The van jumped the curb and hit the two children as they were leaving the grocery store.

“All they were doing is walking down the street coming home from the grocery store, so it’s a tragic event that has occurred,” said Carrollton PD Chief Derick Miller.

An ambulance took the 12-year-old to Las Colinas Medical Center, where he died.

The 7-year-old hit is being treated at a local hospital. The mother was not injured. 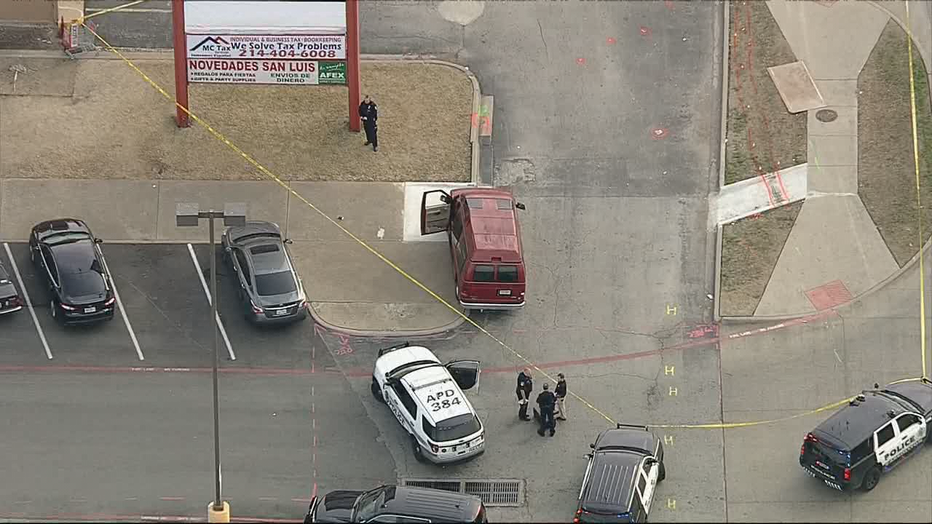 An investigation into the fatality is underway, police said. The driver is cooperating with police and told officers that he swerved to avoid a car that stopped suddenly in front of him.

Officers are looking for surveillance cameras and talking to the few witnesses there were to try to corroborate what he says happened.

No criminal charges have been filed against the driver.

People stopped by the place where a 12-year-old Carrollton boy was hit by a van and killed Monday while walking on the sidewalk.

Police said their prayers are with the family of the boy, who was killed just two days before Christmas.

“This is a tragedy any day out of the year,” said Miller. “Two days out from Christmas, it’s amplified.”