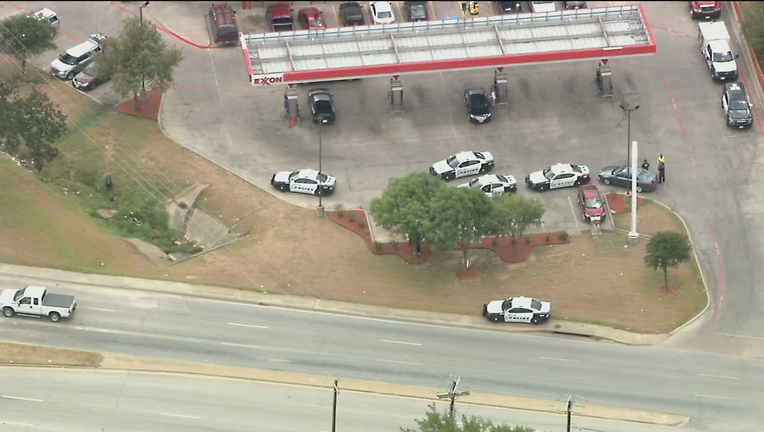 The victim was in a car that was struck by gunfire on Highway 175, near S. Belt Line Road.

The shooting happened shortly after 1 p.m.

According to police, someone in a red vehicle shot at the victim’s car, hitting the child in the foot.

The 10-year-old was taken to a hospital with a foot injury and is in stable condition.

Police did not provide more specifics on the suspect or anything about a possible motive.