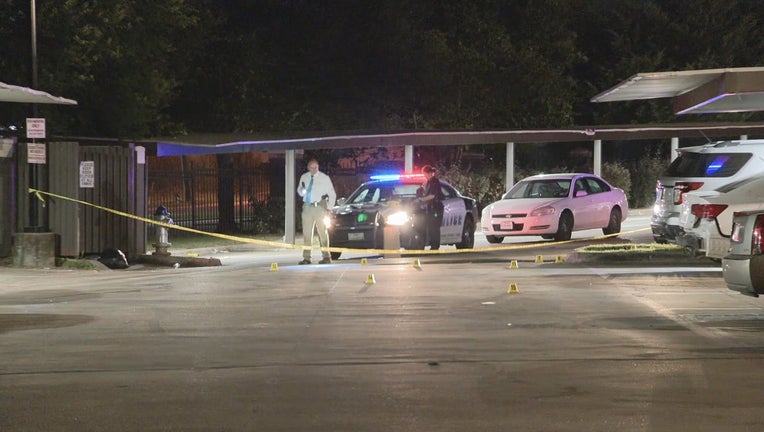 DALLAS - One man was shot during a family fight late Sunday night in Dallas.

Police were called to the Southern Oaks Apartments near Kiest Boulevard and Illinois Avenue in east Oak Cliff around 11 p.m.

Witnesses told them there was some sort of family disturbance between two males that escalated to a shooting.

The victim was taken to the hospital in an unknown condition.

The suspect is still at large.

Officers found shell casings in the parking lot and they’re looking for possible security video of the shooting.