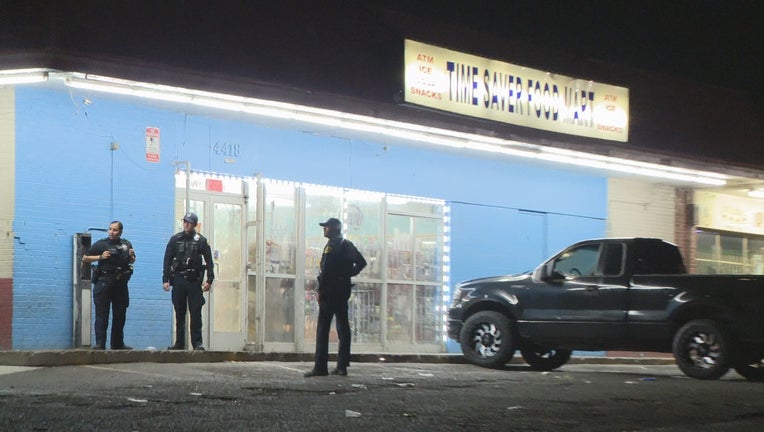 DALLAS - A man was shot and killed at a Dallas convenience store overnight.

It happened around 11 p.m. Sunday at the Time Saver Food Mart in southeast Oak Cliff near South Marsalis and Ann Arbor avenues.

Dallas police said 18-year-old Curdarrius Chapple and another man were inside the store when the shooter entered and opened fire.

Chapple was shot in the chest and was taken to the hospital, where he died.

The suspect took off after the shooting. So far, no arrests have been made.

Police said they are reviewing security video and talking to witnesses to try to figure out the shooter’s identity and motive.