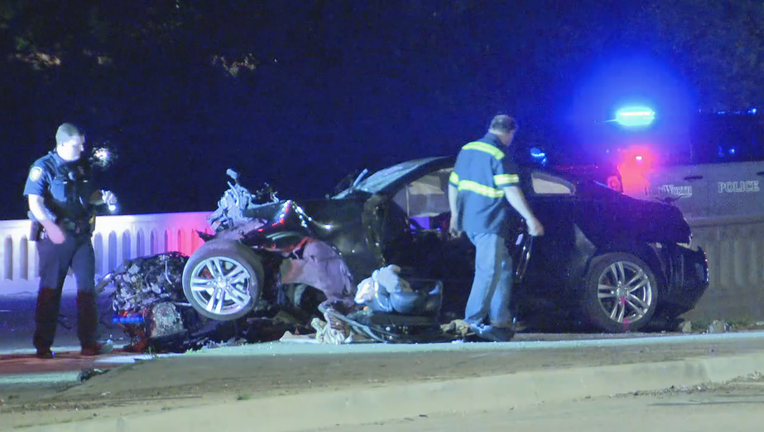 FORT WORTH, Texas - One person was killed in what Fort Worth police describe as a street racing accident.

The crash happened around 9 p.m. Sunday on University Drive, south of the Trinity River.

Police believe two cars were racing. One driver lost control and the other took off.

A passenger in the car that crashed died at the scene.

The driver was detained and taken to the hospital.